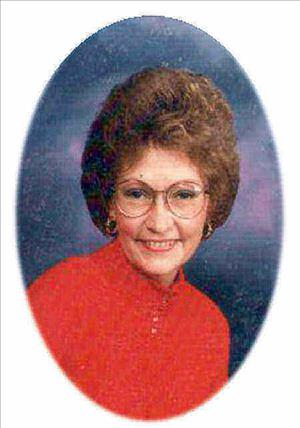 Leone Weigand, 68, died Thursday evening at her rural Wendell home under the care of Lakeland Hospice. Leone was born on December 29, 1944, in Fergus Falls, Minnesota to parents Clarence and Julia (Mathison) Eidem of Elbow Lake, Minnesota. Leone lived most of her youth in Elbow Lake with a few early years in Erdahl, Minnesota. She started School in Elbow Lake, Minnesota at age five, and in 6th Grade, she attended School in Wendell. In High School she was a member of the Band, playing clarinet, also a member of Future Homemakers of America (FHA), and took piano lessons. She was baptized and confirmed in the Lutheran faith. After graduating from Elbow Lake High School in 1962, she attended St. Luke's Hospital School of Nursing in Fargo, North Dakota from 1962 to 1965, graduating there in September of 1965, passing the State Boards and became a Licensed Registered Nurse (RN) in December that year. On September 11, 1965, she married Robert Weigand of Wendell, Minnesota at First Lutheran Church in Elbow Lake, and they lived on the family farm North-West of Wendell ever since. Beginning in January of 1966, she began Nursing practice, working full time at the Community Memorial Hospital in Elbow Lake in several capacities - Staff Nurse, Head Nurse, and the last two and a half of nearly six years as Director of Nursing until October 1971. Their 1st son Mark was born December 21st, 1973, and 2nd son Brad on July 4th, 1976. After eight years of being totally family oriented and helping with the meals and lunches for farm help, she returned to her nursing career, working part time in Elbow Lake for another year. She then worked for the Government Health Care Financing Administration for a year and a half, doing evaluations of Medical admissions, discharges, and quality and appropriateness of care of Medicare patients, until the Fergus Falls office closed. Leone then worked at the 'locked unit' Catholic Charities Intensive Care Unit Children's Home for abused and neglected children who had already been through the juvenile systems. Her last service as an RN was at Lake Region Hospital in Fergus Falls, where she worked in the float pool, working where needed until she retired in 1996, but keeping an active practice license until 2001. After retiring from her Nursing career she enjoyed being home, flower gardening, and spending time at the lake cabin. In addition to her extensive medical career, she was actively involved in volunteer work with the Boy Scouts, taught Sunday School in Wendell, and assisted the Red Cross. She worked as a Watkins distributor and became an Herbal Life distributor also. She enjoyed traveling whereas she and her husband visited most of the states in the U.S., minus the New England states, but did travel in Canada some. She often spent time at their lake cabin, and on the pontoon boat fishing and enjoying a relaxing afternoon on the water. Leone's other hobbies included, crafts, knitting, crocheting, ceramics, antiques, Sudoku and other mind-challenging word puzzles and games, and stamp collecting. In keeping with her attention to detail, she earned a formal certification in Interior Design as well, and was extremely dedicated to interior decorating and applied her spatial precision to the extensive flower bed network located across their Farm. She stayed abreast of current and world news events, supported the Military completely, was well read in Medicine Journals, paid attention to local community activities, and could easily discuss politics as well. Leone was also a member of Trinity Lutheran Church and Ladies' Aid in Wendell. She is survived by her husband, Robert, of Wendell and their two sons, Mark of Fayetteville, North Carolina, and Brad of Fargo, North Dakota, and one brother, Burnell (Rachani) Eidem of La Mesa, California. Leone was preceded in death by her parents, Clarence and Julia Eidem. Funeral: 2:30 pm Wednesday, Jan. 16, 2013, Trinity Lutheran Church, Wendell Clergy: Dr. Eugene Boe Burial: Trinity Lutheran Cemetery, Wendell Visitation: 4-7 pm Tuesday, Jan. 15, Erickson-Smith Funeral Home, Elbow Lake; one hour prior to service at church

Visitation continues at the church one hour before the service.

Visitation one hour prior

To order memorial trees or send flowers to the family in memory of Leone Weigand, please visit our flower store.