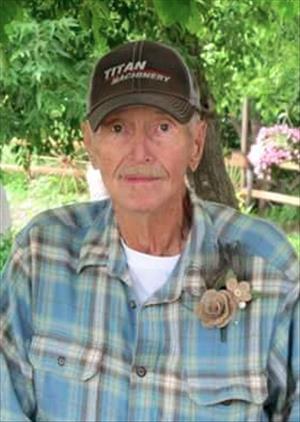 Lawrence G. Hammer, 84 of Ashby died Tuesday, November 17, at the Ashby Assisted Living Center. He was born August 27, 1931 at the family farm by Erdahl. The son of George and Minne (Bah) Hammer. He was baptized and confirmed at Erdahl Lutheran. He graduated from Elbow Lake High School. After high school, he milked 12 cows by hand on the family farm. He then went into the U.S. Air Force with his brother Eugene, where he served four years working with electronic components in various states and New Finland. After his discharge he worked for the railroad, and for local farmers.

On March 16, 1963 he married Karen Ann (Benson) in Ashby. They farmed in the Ashby area for many years, until they moved into the town of Ashby. He worked for his father in-law doing carpentry and masonry and he farmed for a local farmer till late in his age. Lawrence's life passion was to work outdoors, read, fish, farming and working the fields. He especially loved to travel the countryside. He also enjoyed helping out on all his children's farms. Preceding him in death were his parents; his wife Karen, who passed away in 2008; his brothers; Carly, Gilman, Elmer , and Eugene Hammer , sisters; Muriel Pokorny, and Gladys Hanson and numerous nieces and nephews. Survivors include his children, David (Geri) Hammer, Allen (Kathy) Hammer, and Denette (Shane) Drexler, all of Ashby; grandchildren, Kirstin (Steven) Moen of Ashby, Makenzie Drexler and Zach Guthmiller of Ashby, Prestin Drexler of Fargo, Devin (Jess) Hammer of Dalton And Tim (Stephanie) Henneman of Evansville; 11 great-grandchildren; and many nieces and nephews. Funeral Service: 2 PM Friday, November 20, 2015, at Peace Lutheran Church in Ashby, with visitation one hour prior to services at the church. Clergy: Reverend Tom Olson Military Honors: Peterson-Tripp American Legion Post 357, Ashby Interment: Erdahl Lutheran Cemetery The Erickson-Smith Funeral Home of Elbow Lake is handling the arrangements for Lawrence Hammer. Condolences: EricksonSmithFH.com

To order memorial trees or send flowers to the family in memory of Lawrence Hammer, please visit our flower store.