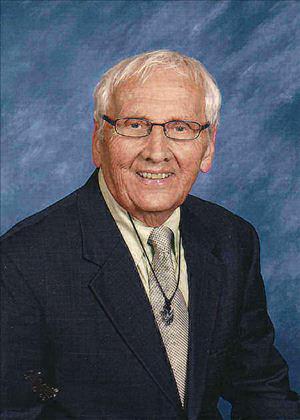 Lawrence (Larry) Edwin Leis, 84, passed away on Wednesday November 16, 2011, and is now with the Lord. At the time of his death, he was struggling with complications of a recent hip surgery and advanced Alzheimer's. He was undergoing hip rehabilitation therapy at the Golden Living Center in Charlotte, North Carolina, at the time of his passing.

Larry was born on August 13, 1927, in Elbow Lake, Minnesota, as the third son to Jacob and Nellie Leis. He was the youngest brother of Ralph and Paul Leis. He joined the Navy in 1945 and served the last year of WWII in San Diego, California. When Larry returned to Minnesota he met Avis Conger and married her on September 2, 1950. They were unable to have their own children so they adopted three children, Christopher, Kimberly and Craig. Avis passed away in 2004 shortly after their 50th wedding anniversary. After a serious car crash in 2005, Larry moved to Willmar to live near Craig and his family. In December of 2010 Larry moved to Charlotte with Craig and his family. He greatly enjoyed meeting new friends at the Regency Retirement Village where he lived until breaking his hip on October 1st of this year. Larry enjoyed his "hobby" as he called it, working at Leis Motors Incorporated with his two brothers. They were well known for their fairness and honesty in business. Larry enjoyed teaching Sunday school class at Bethlehem Lutheran Church for many years. He also loved to golf with friends and family. His favorite activity was talking with and meeting new people. His exuberant joyful gift of singing in the church choir blessed and inspired many. As Larry grew older his relationship with the Lord grew daily. He often shared his faith and experiences during the men's bible studies while living in Willmar. He is survived by his children: Christopher Leis, Kimberly DeGroat, Craig Leis. He is also survived by his four grandchildren: Kirsten DeGroat, McKenzie DeGroat, Tabitha Leis, Samantha Leis. His brother, Paul, is his one surviving sibling. Larry is preceded in death by: his wife Avis Leis, parents Jacob and Nellie Leis, brother Ralph Leis. Memorial service: 2:00 pm Monday, November 21, 2011, Bethlehem/West Elbow Lake Lutheran Church, Elbow Lake Clergy: Rev. Scott Ruud Visitation: one hour before the service at the church

Family will greet friends one hour before the service.

To order memorial trees or send flowers to the family in memory of Larry Leis, please visit our flower store.