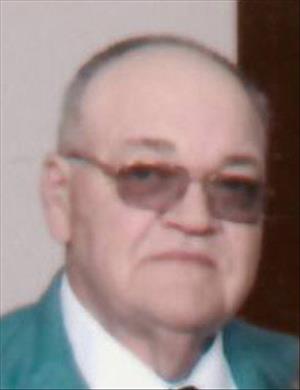 Larry Wayne Lanus was born on November 3, 1946, at home in Bradgate, Iowa, the son of Clarence Sr. and Dorothy (Vote) Lanus. He was baptized in the Methodist Church and confirmed in the Kensington Covenant Church. Larry attended school in Iowa and then Minnesota, graduating from the Kensington High School in 1964. He then continued his education, for two years, at the Alexandria Technical School in Diesel Mechanics. After graduation, life's journey took him on another path that led him to meet Judy on her 21st birthday, marrying her two years later also on her birthday, October 9, 1970 in St. Andrews Catholic Church in Fairfax, Minnesota. Not long after they first met, an opportunity arose and Larry began to work in law enforcement.

After their marriage they lived in Fairfax until 1972, when they moved to rural Kensington. He farmed with his parents along with operating his own farm until 1996. He worked at various jobs, including at Douglas Machine, West Con, Morris Ready Mix, CMI Concrete of Albert Lea and Brandon Pro-Ag. He would help anyone who needed it, no one was a stranger. Larry enjoyed hunting and fishing; he especially enjoyed fishing because of the time it gave him with his family.

Visitation: Friday, February 3, 2017, with coffee and cookies served, from 12 noon until 2 PM, with a Prayer Service at 2 PM, at the Erickson-Smith Funeral Home in Hoffman.

Coffee and cookies will be served during visitation. Prayer service at 2:00p.m.

To order memorial trees or send flowers to the family in memory of Larry Lanus, please visit our flower store.