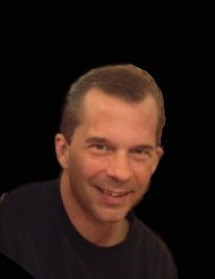 Kris was born in Minot, North Dakota on January 11, 1967, to Butch and Linda (Jenson) Folken. He attended school at Elbow Lake-Wendell and graduated in 1985.  He then went on to UMM, playing his trumpet throughout, some Concert Band, but mostly Jazz Band, graduating in 1990. He went to Minneapolis for a few years before moving to Dallas, where he worked for The Container Store for twenty years.

Kris is survived by his mother, Linda Folken of Elbow Lake, and brother, Brent Folken of Clitherall; several aunts, uncles and cousins. He was preceded in death by his father, Butch and grandparents, Walt & Ione Folken and Leonard & Bernice Jenson.

A Memorial Service will be held at 1:00 PM, Monday, August 22, 2022 at the United Lutheran Church in Elbow Lake with a visitation one hour prior to the service.

Erickson-Smith Funeral Home of Elbow Lake is assisting the family with arrangements for Kris Folken.

To order memorial trees or send flowers to the family in memory of Kris Folken, please visit our flower store.