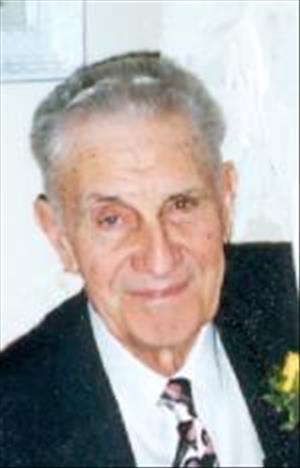 He was born August 13, 1920, to Lewis and Mabel Symonds. He was a life long member of the Lawrence Presbyterian Church and accepted Jesus as his Savior at evangelistic services at the church.

Kenneth graduated from Elbow Lake High School in 1940 where his 6'4" height helped him to excel in basketball and receive the nickname of "Tiny Symonds." The following year, he attended Morris Ag School and continued to study and play basketball there.

On August 29, 1953, he married Alpha Rivland in Fargo, North Dakota. They moved to Grant County where they farmed. Kenneth enjoyed ten winters in Arizona.

He served on the Lawrence Township board and the Cenex Farmers Co-op Oil of Wendell and Elbow Lake. Kenneth attended Bible study and assisted at the Light and Life Chapel.

He was preceded in death by his parents and wife.

Ken is survived by his sisters Elda and Arlyne, both of Fargo, ND, Bette (Ralph) Christensen of Campbell and LaDonna (Norval) Johannessohn of Ft. Wayne, IN; one nephew, Doug Christensen; three nieces, Kimberley Moor, Melanie Johannessohn, and Sheri Weston; and six great-nieces and one great nephew.

Memorial service: 2:00 pm on Tuesday, July 20, at the Light and Life Chapel, Fergus Falls, with one hour visitation prior to the service.

Funeral service: 2:00 pm on Wednesday, July 21, at the Lawrence Presbyterian Church, rural Wendell, with visitation one hour prior to the service.