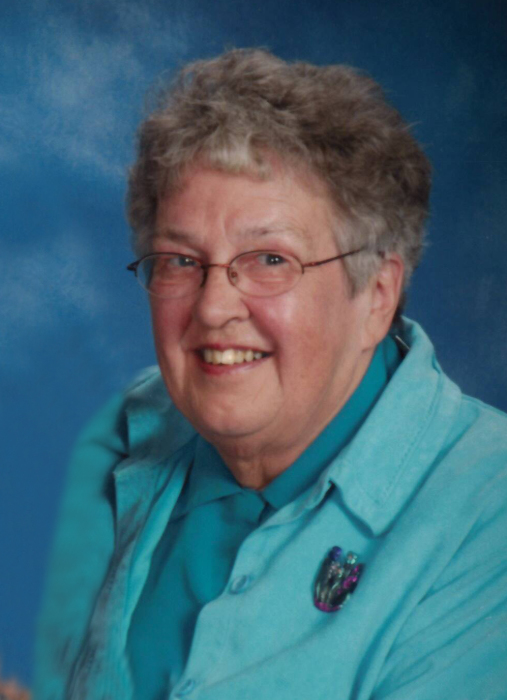 Kathleen Ann was born on March 10, 1943, in Glendale, California, the daughter of Harry and Dorothy (Dunker) Witt. She was baptized at St. John’s Lutheran Church in Ottertail County and confirmed at Bethel Lutheran Church in Hoffman. In 1952, Kathleen endured polio and its lifelong impact. She attended rural country school in Girard Township and graduated as an honor student from Henning High School in 1961. She received her Bachelor of Arts in Psychology and Sociology from the University of MN Morris in 1965.

On November 18, 1967, she married Eugene Alden Anderson at Bethel Lutheran Church in Hoffman. They were married nearly 52 years. To this union four daughters were born, Kendra, Amber, Denise and Gwendolyn.  She helped as a farm wife for many years until the kids were all in school and then returned to work.  Kathleen worked as a Teacher Aide, Farm Mediator, with disabled adults, as a Clinical Social Worker in Faribault and Fergus Falls and lastly at West Central Community Action where she worked as a head start teacher and family counselor for over 25 years until retiring in 2006.  She was active in Barrett Public School Board, Church Council, etc.

Kathleen enjoyed reading, gardening, sewing, quilting, embroidering, playing cards, listening to music, watching westerns and traveling. Kathleen cherished her time with family and friends and knew how to make them feel special. She enjoyed holiday gatherings and always had a fresh baked good to offer. Kathleen wrote many letters and had lifelong pen pal friends she was still in contact with. She was a great listener, adored her pets-cats and dogs and enjoyed taking family photos and learning family history.

She was preceded in death by her parents, Harry and Dorothy; parents-in-law, Ernest and Blanche; several uncles and aunts including Valeria Hidde and 2 brothers-in-law, Gordon Gullickson and Philip Jenkins.

Visitation: Tuesday, November 5, 2019 from 5-7, with a 6:30 P.M., prayer service at the Erickson-Smith Funeral Home in Hoffman and continuing one hour prior to the service at the church.

To order memorial trees or send flowers to the family in memory of Kathleen Anderson, please visit our flower store.