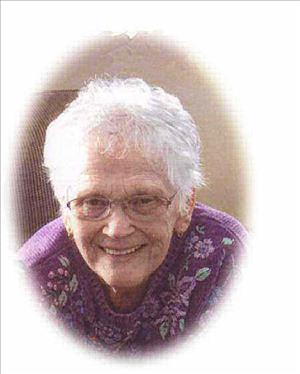 Karen Hotovec, 67, of Elbow Lake, died Saturday, August 6, 2011, at the Cuyuna Regional Medical Center in Crosby, Minnesota. She was born on March 23, 1944, in Wadena, Minnesota, to Raymond and Dorothy (Barringer) Davis. She graduated from the New London High School. On March 7, 1964, she was united in marriage to Kenneth Hotovec at the Zion Lutheran Church in Olivia, and the couple farmed in rural Olivia. They moved to Willmar in the late 1960's, where Karen worked for Jennie-O Turkey and later was employed at Rice Memorial Hospital. In 1978, they lived briefly in Rothsay before moving to Elbow Lake where Karen worked at the hospital and at Cosmos. Following her employment with Cosmos, she worked for Rice Home Medical. In August 2003, Karen organized the "Sparkling Rubies" of the Red Hat Society and held the title of, "Queen Mum." Karen most recently volunteered for the hospital auxiliary working at the Bargain Bazaar and for the Red Cross Bloodmobile. She enjoyed surfing the Internet, talking on the phone, and spending time with her grandchildren and friends, and coffee hour at the Hans' House Restaurant. Karen is survived by her children Randee (Steve) Kleinfehn of West Union and Jim Hotovec of Elbow Lake; her mother Dorothy (Maynard) Boeckman of Pharr, Texas; one brother, Jerry Davis of Arizona; and five grandchildren: Ryan, Megan, Adam and Aaron Kleinfehn, and Dylan Hotovec. She was preceded in death by her father Raymond, and her husband Kenneth, who died on September 16, 1999. Funeral Service: 2:00 pm Wednesday, August 10, 2011 Church: Grace Evangelical Free Church, Elbow Lake Clergy: Pastor Don Trulson Cemetery: Union Cemetery, Elbow Lake Visitation: 4-7 pm Tuesday, Erickson-Smith Funeral Home, Elbow Lake; one hour prior to service at church

Visitation will be held one hour prior to the service.

To order memorial trees or send flowers to the family in memory of Karen Hotovec, please visit our flower store.