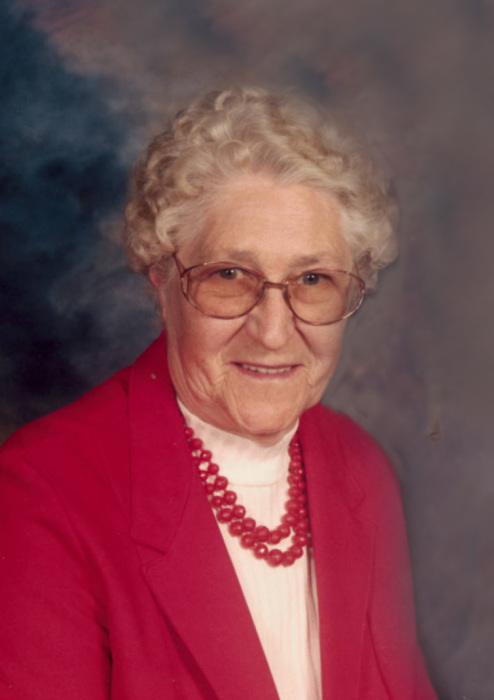 June Jeanette Helberg was born on June 11, 1923 on a farm in Stevens County, the daughter of Carl and Judith Helberg. She was baptized on July 1, 1923 and confirmed on June 12, 1938, both at Aeneas Lutheran Church of rural Kensington. She graduated country school District 34 in 1937.

On September 25, 1944, June married Alvin Rathke. They made their home on the family farm in Stevens County until moving to Hoffman in April of 2011. In May of 2014, June moved to the Barrett Care Center and remained there until her death.

June enjoyed gardening and was a member of the Farmers Market for numerous years. She also delighted in hand sewing, making countless baby quilts and mission quilts as well as sets of dish towels and doilies. June was strong in her faith, which she passed on to children as their Sunday School Teacher.

She was preceded in death by her parents, Carl and Judith Helberg; husband, Alvin Rathke; son, Wayne Rathke and sisters, Mildred Helberg and Ethel Barsness.

Funeral Services will be at 2:00PM, Friday, November 10, 2017 at Messiah Lutheran Church, Hoffman with visitation an hour prior to the service.

In lieu of thank you cards, the family of June chooses to donate to the Aeneas Cemetery.

To order memorial trees or send flowers to the family in memory of June Rathke, please visit our flower store.