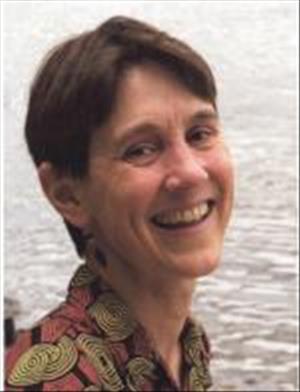 Julie Ann Walwick, 51, of Seattle, WA, passed away on Tuesday, September 21, 2010, at Swedish Hospital in Seattle. A memorial service will be held at 1: 30 pm on Saturday, October 9, 2010, at United Lutheran Church in Elbow Lake with the Rev. Bob Toso officiating. Burial will be in Ness Cemetery, Elbow Lake. Family will greet friends at the church one hour before the service.

Julie was born on January 28, 1959, in Fergus Falls, Minnesota, to Gerald and Jean (Larson) Walwick of Elbow Lake. She was baptized and confirmed at United Lutheran Church and graduated from the Elbow Lake-Wendell High School on June 3, 1977. Julie continued her education at St. Olaf College in Northfield, Minnesota, graduating in May 1981.

In the fall of 1981, she moved to Seattle, Washington, where she resided until her death. She treasured her 29 years in Seattle; it became home to her. She accumulated a very wide host of friends, held a variety of jobs, but mostly as a paralegal. In 1996, Julie returned to school at the University of Washington to pursue a degree in social work. However, in November 1996, she developed cancer, had two surgeries, and a stem cell transplant in February 1998. Following her recovery, she returned to college where she received her Master's Degree in Social Work in June 2001.

Julie worked at the University of Washington doing social work research, and in 2008, she accepted a position at the Harbor View Medical Center working directly with patients, a job she thoroughly loved.

In early 2010, Julie was diagnosed with myelodysplasia, a blood disorder, a result of the chemotherapy received 12 years ago. She fought a courageous battle all summer to survive.

Julie is survived by her mother, Jean Walwick of Elbow Lake; three brothers, Steve (Wanda) of Underwood, Jon (Angela) of Seattle, and Chuck (Juleen) of Elbow Lake; and four nephews, Shawn, Ryan, Chad and Kevin. Other survivors include her aunts, uncles and cousins, and her many friends from all over, especially those in Seattle who helped care for her during her illness.

She was preceded in death by her father, Gerald Walwick, grandparents Art and Gunda Walwick and Chris and Elsie Larson (Fergus Falls), aunts Beverly Nesting (Fergus Falls) and Alice Larson (Minneapolis), and cousins Mark and Paul Stenerson (Moorhead).
To order memorial trees or send flowers to the family in memory of Julie Walwick, please visit our flower store.