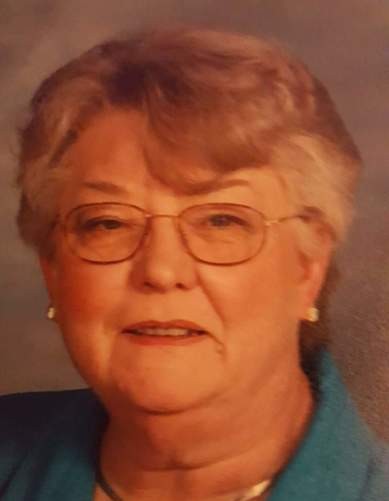 Judith Ann was born on March 6, 1940, in Fergus Falls, MN, the daughter of Rudy and Johanna (Frikken) Langmaack. She attended High School in Elbow Lake.

On November 17,1956, she married Richard “Dick” Lohse in Elbow Lake. To this union three children were born, Becky, Todd and Beth. They lived in Coon Rapids where Judy enjoyed the company of her neighbors. While living in Coon Rapids, Judy often retreated to the cottage at Pomme de Terre Lake before moving back to Elbow Lake in 1975. There, she worked in a variety of retail businesses.

Judy was most happy when she was surrounded by family and friends around the dining table eating her delicious meals she prepared. Judy was gracious and opened her home for extended stays for many people. She taught Tole painting which led to the painting of many murals. They included the wall at the Veterans Museum in Elbow Lake, multiple fire hydrants throughout town and projects for many people and establishments. Judy enjoyed music and played in the bell choir at church. She would occasionally visit the casino, where she was told she was very lucky. She enjoyed playing Tripoly and Bunko with her girlfriends. Her greatest joy was time spent with her many grandkids. Blessed be the memory of Judith A. Lohse.

In lieu of flowers, memorials preferred to Prairie Ridge Ambulance Fund or the charity of your choice.

Memorial Service: 2:00 P.M., Sunday, January 6, 2018, at United Lutheran Church in Elbow Lake, with a visitation one hour prior to the service at the church.

To order memorial trees or send flowers to the family in memory of Judy Lohse, please visit our flower store.