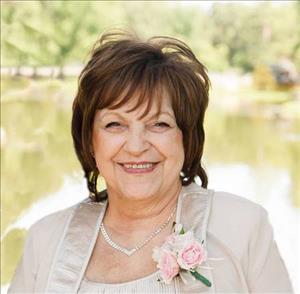 Judith Leonardi Willard passed away on Tuesday, December 4, 2012, surrounded by her loving husband and family. She was born October 22, 1952, in Würzburg, Germany, to Quentin and Margaret Leonardi. Judy grew up in a military family and traveled the world until her father's retirement, when they settled in Aurora, Illinois. She attended the University of Illinois and St. Procopius College, now Benedictine University. Her career began as a bench chemist with Standard Oil of Indiana, outside Chicago. Judy's life changed when she was introduced to the love of her life by her sister's husband. A long distance relationship and many flights from Chicago to Fargo led to Dave and Judy's marriage in 1977 and her consequent relocation to Minnesota. This young girl's childhood dream of wide open spaces and the cowboy came true for Judy, and she and Dave began a very happy and loving 35 year partnership. Judy's career also continued at NDSU in the Animal Toxicology Lab doing research and receiving many awards for her accomplishments in the field. Judy and Dave began their family on the Barnesville Farm, where they built their home and fully enjoyed life with their two beautiful children, Daniel and Megan. Fourteen years later Dave's job relocated the family to Elbow Lake, Minnesota. They traded farm soil for blue water at Lake Pomme de Terre, where Judy and the family found a new favorite place to live. Boating, friends, and Judy's passion for gardening transformed the house into a beautiful respite for the Willards. A new career direction for Judy led her to more education toward a certification in Financial Planning. She contributed much in this endeavor, serving both the community and her church with her expertise, retiring just two years ago. Judy was a wonderful person with an incredible wit, a dry sense of humor, and always a ready hostess for any gathering in the Willard home. She was a scientist, artist, and a master gardener, often seen happily digging in the dirt or pulling weeds by the lake. Judy's passion for everything she took on was evident, especially concerning her family. She was a supreme defender of her children and husband, particularly during and after Dave's health crisis, and Judy was the heart and life blood of this family. Judy and Dave were gifted with two wonderful children who became her selfless caregivers in the last eight months of her life. Danny and Megan, along with Dave, were by her side always, and are a true testament to both devotion to their mom and to the distinct quality of individuals that they are. After all, Judy had set an extraordinary example to everyone in the manner in which she was a consummate caregiver to her husband for the last ten years. Judy leaves to cherish her memory her husband of 35 years, David, her son Daniel and his lovely new bride Witney, her beautiful daughter Megan, and her faithful companion dog Lucy. She will be missed by her sister, Toni Leonardi Simonson (Robert) and family, Kathy Leonardi Tentinger (Robert) and family, numerous cousins, and her mother-in-law, Shirley Willard. Judy was preceded in death by her parents Quentin and Margaret Leonardi, and her father-in-law Lawrence Willard. "The best and most beautiful things in the world cannot be seen or even touched- they must be felt with the heart." We Love You, Mom! Memorial Service: 11:00 am Saturday, December 8, 2012, United Lutheran Church, Elbow Lake Clergy: Rev. Bob Toso Burial: Union Cemetery, Elbow Lake Visitation: 5-8 pm Friday, Erickson-Smith Funeral Home, Elbow Lake; resumes Saturday at the church one hour before the service Memorials may be directed to the Willard Family.

One hour prior to service on Saturday at Church

Visitation one hour before the service.

To order memorial trees or send flowers to the family in memory of Judith Willard, please visit our flower store.