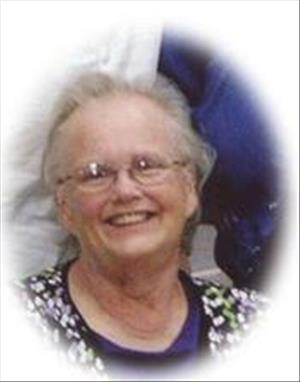 Judith Holl, 68, Kensington, died Monday, April 4, 2011, at the Douglas County Hospital in Alexandria. Judith Mae (Bishop) Holl was born on November 11, 1942, in Columbus, Ohio, to the Reverend Cloyd and Rachel Bishop. When she was eight months old, Judy was afflicted with polio and through different Shriner's Hospitals she had several surgeries. She never let this slow her down and when doctors told her she would never be able to do something, she went out and proved them wrong. After many moves as a minister's daughter, they ended up in Dolliver, Iowa, where she met the love of her life. On June 5, 1960, Judy was united in marriage to George Ellis Holl. To this union five children were born: Gregory Ellis, Scott Allen, Kevin Lee, Kimberly Lynn, and Tricia Mae. After their marriage they live at Altus Air Force Base in Altus, Oklahoma. While Ellis was in Canada for nine months, Judy and Greg lived in Archer, Iowa, and in Dolliver, Iowa, with her parents and Ellis' parents, George and Rachel Holl. They then lived at Offutt Air Force Base in Omaha, Nebraska. In 1963, they moved to a dairy farm in rural Dolliver, where they farmed until February 1972, when the family moved to Kensington, Minnesota. Judy was actively involved in 4-H, her church, the roller skating rink, and her children's and grandchildren's activities. A dedicated member of First Lutheran Church, Judy taught Sunday school, was an adult leader for Luther League, and served as an officer of WELCA. She loved reading, music, board games, card games, and played a mean game of Solitaire. Her children and grandchildren were her greatest pride, joy, and accomplishment in her life. Judy will always be remembered for her smile, her laugh, her love of family, her graciousness, and a kind word for everyone. Following a ten-year very courageous battle with cancer, Judy went home to be with Jesus on April 4, 2011. She was preceded in death by her parents Cloyd and Rachel Bishop, her infant sister Susan Elizabeth, and her husband's parents, George and Rachel Holl. She is survived by her husband of almost 51 years, George Ellis; her children: Greg Holl, Scott Holl, Kevin (Marcy) Holl, Kimberly (Doug) Brakken, Tricia (Jesse) Saulsbury, and former daughter in-law Tanya Diekman; 13 grandchildren: Haley, Tierney, Tiffany, Zachary Holl; Tyler and Megan Holl; Karly, Devin, Kelcy Brakken; Adam, Taylor, Emma, and Nathan Saulsbury, all of the Kensington area. Other survivors include her brothers David (Mary) Bishop of Rock Falls, IA, Richard (Evonne) Bishop of Sheffield, IL, and Steve (Rebekkah) of Toledo, IA, and one sister, Rosemary (Roger) Dittmer of Coon Rapids, MN; sisters in-law Fern Handeland of Ringsted, IA, Hazel Haarup of Baxter, MN and Sandy Holl of Dolliver, IA; and many nieces and nephews. Funeral Service: 11:00 am Saturday, April 9, 2011, First Lutheran Church, Kensington Clergy: Rev. Kathryn Rothman Burial: First Lutheran Cemetery, Kensington Visitation: 4-7 pm Friday, 5:30 prayer service, Erickson-Smith Funeral Home, Hoffman

To order memorial trees or send flowers to the family in memory of Judith Holl, please visit our flower store.