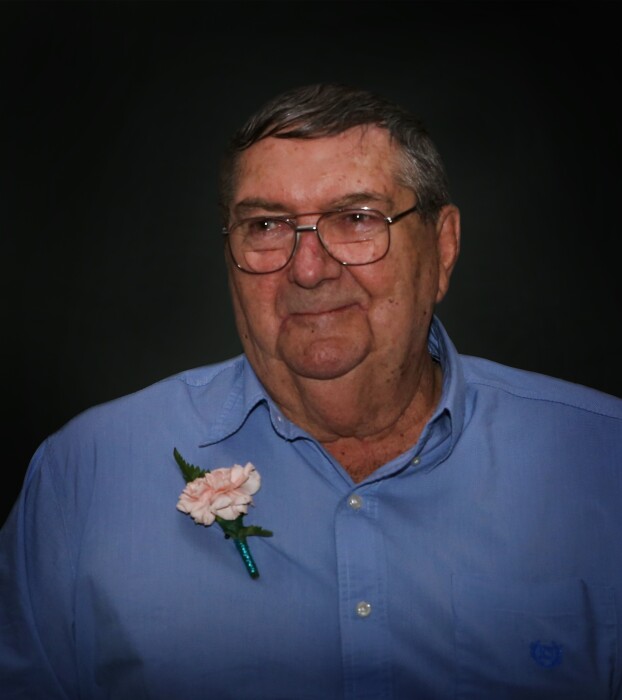 John “Jack” Dalum, 82, of Kensington passed away September 1, 2021, at the Broen Home in Fergus Falls. Jack was born October 3, 1938, in Grant County-Land Township, the son of Raymond and LaVette (McCollar) Dalum.

Jack grew up and lived in the Hoffman and Kensington area all his life.  There he met Ruby, who he later married at Nora Church on June 29, 1957. Jack and Ruby created a beautiful life together, and were blessed with four children: Lori, Jon, Lona, and Jay.

Jack worked a few years as a carpenter with his dad, he then worked as a mechanic for Mart Halvorsen before opening his own shop, Dalum’s Service, in Kensington. He owned and operated his business for 40 plus years before retiring. Jack was a volunteer firefighter for twenty-seven years, as well as a school bus driver. Jack and his family worked as janitors and did the mowing for Nora Lutheran Church in the seventies.

Jack had many interests including fishing, hunting, golfing, going to auctions and garage sales. He was also a big fan of the Minnesota Vikings and the Minnesota Twins. Jack is remembered by his family as a “prankster.” He was known for teasing. Jack loved to joke and laugh. Jack enjoyed “mystery trips” and traveling with his family. Jack’s heart belongs to The Lake Place on Oscar Lake near Kensington where he spent many years. Above all, he loved his family. Spending time with family and friends was the most important thing to him.

He is survived by his wife, Ruby Dalum of Kensington; children, Lori (Lee) Christenson of Fergus Falls, Jon (Gwyn) Dalum of Alexandria, Lona (Pat) Bavier of Pine City, Jay (Cathy) Dalum of Mahtomedi, and “honorary daughter number 3” Tami Tanhoff of Montevideo; siblings, Sharon (Clayton) Novak of Montgomery, and Roger (Paulette) Dalum of Barrett; aunt, Georgia Dalum of Hoffman; along with 14 grandchildren and 22 great-grandchildren, many nieces and nephews, cousins, and friends.

Jack’s family would especially like to thank the Broen Home.  They took such great care of him and made him feel at home for nearly three years. Jack thought of the staff as a second family; they were all very special to him. Another special thank you to Jack’s favorite Fargo nurse, Emily. She was a ray of sunshine and brought joy to him while there.

Blessed be the memory of Jack

A celebration of Jack’s life will be as follows:

Memorial Service: Friday, September 10, 2021 at 2:00pm at Nora Lutheran Church in Kensington, with a memorial gathering one hour prior.

To order memorial trees or send flowers to the family in memory of John "Jack" Dalum, please visit our flower store.