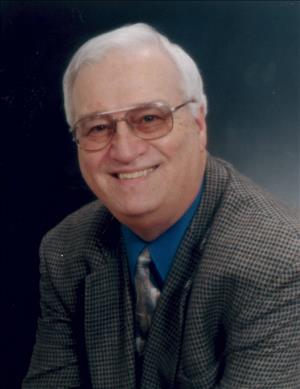 John Marvin Feneis was born on March 9, 1944, in St. Cloud, Minnesota, the son of John H. and Eileen (Harry) Feneis. He was baptized and confirmed at St. Joseph Catholic Church in Waite Park. He graduated from the St. Cloud Cathedral High School in 1962, then attended one year at St. John's University, continuing his education at the University of Minnesota in Minneapolis, receiving a degree in economics on June 11, 1966. In August 1966 he enlisted in the US Air Force Reserve.

John and Sandra Kay Olson were married on June 12, 1966, in Elbow Lake. After their marriage they lived in Minneapolis and Coon Rapids where he was employed with Marquette Bank and Addison-Wesley Publishing Co. In 1974, Comten Computers moved them to Walled Lake, MI. John had a love for airplanes, and became a private pilot while in Michigan. In 1978, they moved to Garfield, MN where he farmed and raised pigs. He also operated harvest equipment for neighboring farmers. During this time he also worked eighteen months in Minneapolis working for Control Data Computer Co., and then moved to Buffalo, MN. In 1984, they moved to Woodinville, Washington where he was employed with Boeing Aircraft. In 2006 he retired and returned to Elbow Lake. John enjoyed flying, fishing (catching), computers, playing cards, gardening and reading. John was a member of Ashby American Legion and St. Olaf Catholic Church.

He is survived by his wife, Sandra; two sons, John Paul (Cara) Feneis, Lauren, Jack and Bradley of Fremont, California and David Keith (Wendy) Feneis, Owen and Bailey of Bellevue, Washington; brother, Paul (Rose) Feneis of St. Cloud; sister, Colleen (Jim) Sniezek of Salisbury, Maryland and by many nieces, nephews and cousins. He was preceded in death by his parents and many aunts and uncles.

Visitation will be from 6PM – 8PM Friday, June 16, 2017 at Erickson-Smith Funeral Home, Elbow Lake with a Prayer Service and a time of music and sharing beginning at 7:00PM.

To order memorial trees or send flowers to the family in memory of John Feneis, please visit our flower store.