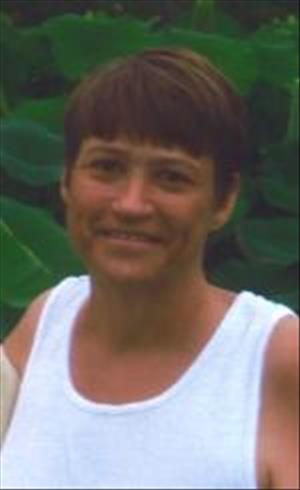 Jodi Lynn Norris was born November 22, 1963, at the Douglas County Hospital in Alexandria, Minnesota, to Henry and Edna (Abel) Hansen of rural Barrett. She was baptized in the cities and confirmed at Peace Lutheran Church in Barrett. She grew up on the farm in Elk Lake Township and attended school in Barrett where she graduated in 1982.

Following high school, Jodi attended the Alexandria Technical College where she obtained a degree as a Medical Secretary. After her schooling in Alexandria, Jodi worked in the Elbow Lake hospital. She later became a licensed daycare provider for many years. After being in the daycare business Jodi began work at TWF in Barrett. Eventually Jodi once again began providing daycare, after going back to daycare Jodi ended her work life as a caregiver working in Barrett at the Assisted Living.

Jodi enjoyed many activities in life, anything that related to being outside, from mowing to raking, fishing and fireworks. Jodi enjoyed time spent at the lake and even in her own yard soaking up the sun. She loved watching Ethan grow and learn and taking him for weekend trips to Fargo with Heather where they would enjoy swimming, golfing and goofing off together. She also had a joy for throwing darts and most of all the time she spent with friends and family.

Jodi was preceded in death by her parents Henry and Edna Hansen and sisters-in-law Terrie Harmon and Susan Mitchell.
To order memorial trees or send flowers to the family in memory of Jodi Norris, please visit our flower store.