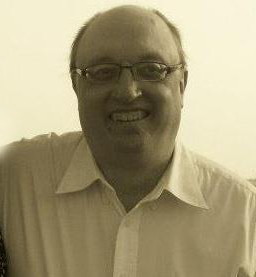 Jerrod Fredrick Sedler was born to Gerald and Mildred (Elke) Sedler in Breckenridge, MN on February 27, 1969. He was baptized at United Church of Christ in Wahpeton, and confirmed at Immanuel Church in Wahpeton. He attended grade school in Wahpeton and graduated from Battle Lake High School in 1988. One of his greater achievements was while he attended high school where he helped build a house in shop class. In 1988, he met Angela Gelling, through Angie’s brother. On August 20, 1993, Jerrod and Angie were united in Marriage.

Jerrod was a member of Grace Evangelical Free Church in Elbow Lake. People will remember him as a very caring and compassionate person who enjoyed speaking about life to all people.

Jerrod’s interests include his dogs, music, model cars, engines, collecting lawn mowers, his man cave, and garage. Through his love for construction, he helped build the family lake home on Deer Lake. Jerrod also liked traveling, which took him to Disney World, and most recently a trip to Aberdeen with his family.

Jerrod worked at Productive Alternatives in Fergus Falls, Dean’s Super Valu in Elbow Lake for over ten years, and most recently at Hans House as a dish washer. Jerrod was very loyal to his employers, co-workers, and his community.

Memorial Service: 11:00 AM, Saturday, January 6, 2018 at Grace Evangelical Free Church, Elbow Lake, with visitation two hours prior to the service

Memorial Service: 11:00AM, Saturday, January 6, 2018 at Grace Evangelical Free Church, Elbow Lake, with visitation two hours prior to the service

Erickson-Smith Funeral Home is assisting the family with arrangements.

To order memorial trees or send flowers to the family in memory of Jerrod Sedler, please visit our flower store.