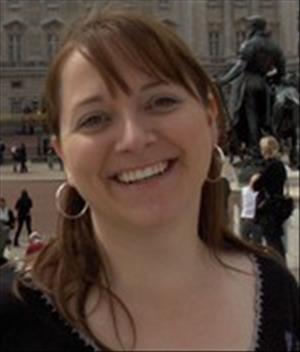 Jennifer Marie Hengel was born Monday, August 12, 1974, as a twin, in Minneapolis, Minnesota, to Daniel Martin Hengel and Deborah Ann (Lensing) Hengel, at the University of Minnesota Hospitals. She died on Thursday, April 9, 2009, as a result of a car accident near Olivia, MN. She was 34 years, 7 months and 27 days old at the time of her death.

Jennifer was baptized at St. Rose of Lima Catholic Church in Roseville, MN. In 1977, her family moved to Grand Island, NE, where she lived until 1978. The family then moved to Taylorville, IL. Jen attended St. Mary's Catholic School, receiving her first Holy Communion in 1982. In 1982, the Hengel family returned to Minnesota, living in Clara City. Jenni was confirmed at St. Clara's Catholic Church, Clara City. She graduated from MACCRAY High School in 1992. She attended Willmar Community College, Willmar, MN, receiving her AA degree in 1995. Jennifer continued her education at the College of St. Catherine, St. Paul, MN. She graduated in 1997 with a Bachelor's Degree in International Business and Economics.

She lived in the Twin Cities Metro area for over 12 years, where she was a store manager at ProEx, finance associate at ITT Technical Institute, sales consultant at Star Thrower, and sales manager at TCF Bank. In January 2007, she moved to Colorado Springs, Colorado, where she worked for TCF Bank and was an Executive Search Consultant at MRI - the Summit Group. Most recently, she was an advertising consultant at Outdoors LLC, creator of Doodles by Jen, and a live-in caregiver. Jennifer was active in President Obama's 2008 Presidential Campaign in Colorado, a strong advocate for Get-Out-the-Vote. She was also active in numerous community and volunteer organizations.