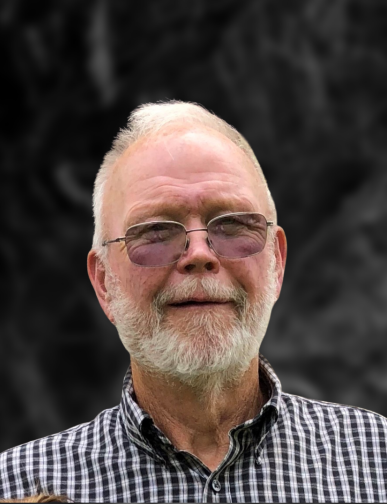 Jeffrey Warren was born on October 1, 1945, in Fergus Falls, MN, the son of Warren L and Dora D. (Sandberg) Lang. He was baptized and confirmed at Our Saviors Lutheran Church in Barrett. Jeffrey graduated from Barrett High School in 1963, where he was active in sports, playing quarterback for his football team, basketball, baseball and being crowned Homecoming King.

Jeff enlisted in the U.S. Army being stationed in Ft. Lewis, Washington, before being honorably discharged and moving to Minneapolis where he attended Dunwoody College for his Plumbers Certification.

On July 17, 1971, he married Cheri Lee in Hutchinson, Minnesota. To this union came three children, Todd, Erica and Mark. The family lived in Minneapolis while Jeff worked various plumbing jobs in the Metro area. The family moved back to Barrett in 1975, where Jeff worked at Barrett Hardware and Farmers Coop-Oil in Elbow Lake. In 1978, the family built a house in Barrett where he currently resided with his son, Mark. In August of 1997, Jeff started Lang’s Plumbing and Heating. He served on the Barrett Fire Department for over 25 years, was a member of the Barrett Legion Post 351.

Jeff cherished the time he spent with family at their lake cabin on Eagle Lake, where he served as official pontoon captain for numerous voyages around the lake. He was a great storyteller, amazing pancake chef, enjoyed hunting, fishing, taking naps, watching sports, travels to Flin Flon Lake Amisk, Manitoba, Canada and going to the casino. Jeffrey had a strong Christian faith.  He could often be seen attending his granddaughter, Jenna’s sporting events. Blessed be the memory of Jeffrey Lang.

He was preceded in death by his parents, Warren and Dora Lang and his wife, Cheri Lang. He is survived by his three children, Todd ( Kimberly) Lang of Barrett, Erica (Bryce Blanski) of Spring Lake Park, MN and Mark Lang of Barrett; granddaughter, Jenna Bea; sister-in-law, Vicki Bailey of Temple, TX; niece, Brittany Renner and nephew, Edwin Bailey along with numerous cousins and friends.

Memorial Service: 11:00 a.m., Friday, June 25, 2021, at Peace Lutheran Church in Barrett, with a visitation one hour prior to the service at the church.

Funeral arrangements are with the Erickson-Smith Funeral Home of Elbow Lake for Jeffrey Lang.

To order memorial trees or send flowers to the family in memory of Jeffrey Lang, please visit our flower store.