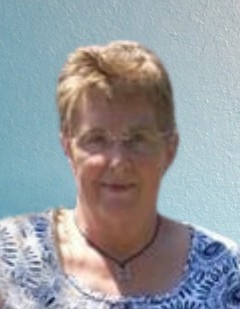 Jane Barbara was born on July 3, 1943, in Fergus Falls, Minnesota, the daughter of Elmer and Laura (Olson) Schachtschneider. She was baptized and confirmed into the Lutheran faith and graduated in May of 1961 from the Underwood High School.

On July 7, 1962, Jane married Vernon H. Kruize in Fergus Falls. They had three children. Jane worked as a teacher’s aide, office work, and nurse’s aide for many years. She enjoyed all her clients as they became an “adopted family” to her. She retired in June 2007. Vernon passed away unexpectedly on October 16, 2007.  On June 22, 2013, Jane married George Rosenow and they resided in Ashby, Minnesota.

Jane enjoyed music, was an organist for the Presbyterian Church for many years. She was an elder, deacon, and Sunday school superintendent in the Elbow Lake/Ashby churches. In her spare time, she enjoyed crocheting, gardening, camping, fishing and being with family and friends. Jane was always willing to help anyone in any way that she could.

She was preceded in death by her parents, Elmer and Laura; husband, Vernon, and brother, James.

Memorial Service:  11:00 AM Saturday, November 27, 2021 at the First Presbyterian Church, Ashby with Visitation one hour prior to the service.

To order memorial trees or send flowers to the family in memory of Jane Rosenow, please visit our flower store.