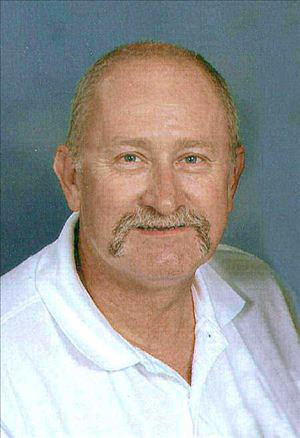 James White, 60, of Barrett, died Friday, May 31, 2013, at Abbott Northwestern Hospital in Minneapolis after suffering a major heart attack. Funeral services for James White will be held at 11:00 am on Thursday, June 6, 2013, at the First Baptist Church, in Glenwood. Burial will be at the Land Cemetery, in Hoffman. Visitation is from 5-7 pm Wednesday, June 5, at the Erickson-Smith Funeral Home in Hoffman and will resume at the church one hour before the service on Thursday. Jim was born on December 1, 1952, in Glenwood, Minnesota, to Ray and Ione (Pettit) White. The family moved to Waterloo, Iowa, when Jim was a baby where he was raised and graduated from Waterloo High School. He later moved to Alexandria, Minnesota, where he met Genevie Hayer, his wife for the past 27 years. To that union were born Emily of Maple Grove, David James of Hoffman, and Kayla Joy, who still lives at home. His grandson Griffin (Emily's son) came along in August 2009. He is also survived by his oldest son, Larry of Albany; oldest daughter, Sheila of Iowa; and her children Felicia, Breanna and Micheal. Jim was loyal, having worked for Douglas Machine Inc. in Alexandria for 29 years before retiring in 2008. He then worked part-time for Anderson Oil and Propane until the spring of 2013 where he enjoyed his route and the people he met along the way. He had the strongest of work ethics throughout his life. However, Jim's life revolved around his family. He was the happiest when he was spending time with his family. He enjoyed supporting them at their special events in school, church, and the community. Hardly a conversation would go by with Jim, where he was not talking about the accomplishments of his family. To say he was proud of his family would be an understatement. Jim was a handy-man and there was nothing he could not fix or build. He enjoyed maintaining a beautiful home and acreage for his family and always thought of others before himself. He spent his spare time in the shop working on projects for his family, sometimes before they even asked or knew something needed to be done. He was filled with anticipation to escort Kayla in her pageant, give his daughters away on their wedding days, and standing alongside his sons on their day. However, God had other plans in place for Jim and his family. Jim was a man of his word and he always kept it. Jim attended Grace Free Evangelical Church in Elbow Lake for several years. In the recent days he was growing in his faith at the First Baptist Church in Glenwood, Minnesota. His faith was very important to him. Other survivors include two brothers, Ray (Deb) White of Kansas and Rick (Glenda) White of Iowa. Jim was preceded in death by his parents.

Visitation will resume at the church one hour prior to service.

Please click here to view the video tribute
To order memorial trees or send flowers to the family in memory of James White, please visit our flower store.