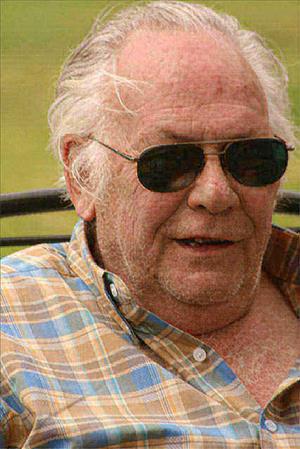 James (Jim) George Weaver, 70, of Elbow Lake, Minnesota, died Tuesday, November 12, 2013. Born on Friday, November 12, 1943, in Kenmare, North Dakota, he was the son of the late George Walter Weaver formerly of Sherwood, North Dakota and the late Hazel Irene (McGillivray) formerly of Kenmare, North Dakota. Jim grew up in rural Sherwood, ND, with his four sisters. He attended a one-room country school until the 8th grade and finished high school in Sherwood. After graduation the first summer Jim worked for Fisher Construction in Sherwood and helped build the Pleasant Bridge over the Mouse River. This is the bridge just north of the home place. Jim also helped his dad farm, but it was a very dry year and did not have a very good crop with only about 200 bushels of grain off of 100 acres of wheat. In the fall of 1962 to the spring of 1963 Jim went to the North Dakota State School of Science (trade school --currently NDSCS) in Wahpeton, ND, for general mechanics. Jim worked for the Cenex station/Farmers Union in Kenmare ND; he then worked for Sandvik in Kenmare, ND, and sold Massey Ferguson and American Motors (ramblers) products for awhile. Jim then went out to Lewistown, Montana, where he lived with his sister Ginger and brother-in-law Frank Bass and worked for Montark Aviation loading the airplanes and flagging. Jim did the spring spraying season in Montana, then went down to Arkansas around July 4th and sprayed cotton and rice. Jim was there until October of 1964 when his dad, George Weaver, died. Jim returned to Sherwood and worked on his father's farm with his mother Hazel (McGillivray) Weaver. Jim married Diane Elaine Van Berkom on August 8, 1969.They moved to Elbow Lake, Minnesota, in April 1970 with their infant son Chad. Their daughter Stacy was born two years later. Jim worked for Billy Nelson from 1970-1972 farming and spraying. Jim worked for Bill Rix from 1972 to the fall of 1978 as a trucker driving primarily from Minnesota to Florida or Phoenix, Arizona. In the fall of 1974, he helped build the Massey Ferguson building just north of town for Bill Rix. The Massey Ferguson shop was opened in the spring of 1975, and Jim worked there as a parts/service manager, welding, and a little bit of everything in the business until the October of 1978. Jim started trucking over the road for Waggoner Trucking Company. Jim trucked primarily the central US to Canada. Jim trucked from 1978-1996. He switched from Waggoner to Heyl Trucking sometime in the 1990's. In 1996 Jim started working for Lampy Ready Mix Company in Wahpeton, ND, which was bought out by Camas Ready Mix and which was bought out by Aggregate Industries. He drove the cement truck until 2005. In May 2006 Jim and Diane bought L-Bowl Lanes (the local bowling alley) in Elbow Lake and converted the bowling lanes into a dance floor/ballroom and owned and operated Dream Weavers bar and ballroom until December 21, 2012. He is survived by his wife of 44 years, Diane Weaver; one daughter, Stacy of Robbinsdale, MN; one granddaughter, Marissa (Frykman) of Apple Valley, MN; three sisters, Jenice (Darwin) Clark of Sherwood, ND, JoAnn (Larry) Berglof of Apache Junction, AZ, and Jackie (Darwin) Beckedahl of Sherwood, ND. Jim was preceded in death by son, Chad Weaver; one sister, Virginia (Ginger) Brown; two brothers–in-law, Darwin Beckedahl and Mark Van Berkom, his parents and maternal and paternal grandparents. Funeral: 11:00 am Saturday, November 16, 2013, United Lutheran Church, Elbow Lake Visitation: 5-7 pm Friday, November 15, Erickson-Smith Funeral Home, Elbow Lake; one hour prior to service at church on Saturday Cemetery: Union Cemetery, Elbow Lake

Visitation resumes at the church one hour prior to service.

Visitation one hour prior

Please click here to view the video tribute
To order memorial trees or send flowers to the family in memory of James Weaver, please visit our flower store.