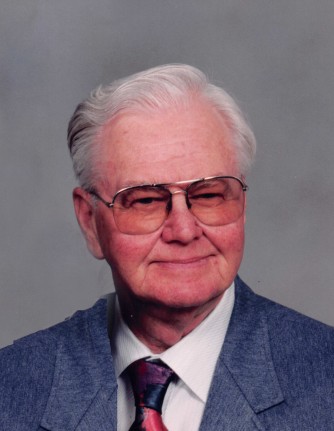 James graduated from Elbow Lake High School in 1941, going on to farm with his grandfather in Grant County, where he farmed his whole life. He also served on the Farmers Co-Op Oil Board in Wendell for several years.

He was united in marriage to Bernice Corrine Dahle on September 24, 1944, at the Rock Prairie Lutheran Church. They were married for 76 years and raised two children together, Sandra and Don.

James loved music and played in a polka band for many years in the Scandinavian Melodies Band, where he performed at various county fairs in the area, local festivals, wedding dances and one graveside funeral. His talent and love for music were seen by anyone that knew him. He spent hours practicing the accordion and keyboard, which he learned to play all by ear, never using sheet music. In his early 90s, he picked up the violin and started teaching himself to play various polkas and waltzes. He also enjoyed woodworking, carpentry, and yard work which kept him busy over the years.

He was preceded in death by his son, Don Berg, and his son-in-law Joe Geris.

There will be a private family service held at a later date, with burial at Trinity Lutheran Cemetery, Wendell, MN.

To order memorial trees or send flowers to the family in memory of James Berg, please visit our flower store.