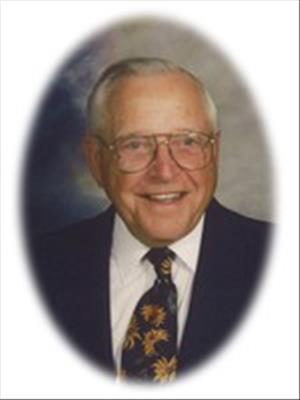 Henry "Hank" Schroeder, 86, of Elbow Lake, passed away at his home on Friday, April 16, 2010. A memorial service will be held at 2:30 Friday, April 23, 2010, at United Lutheran Church in Elbow Lake with the Rev. Bob Toso officiating. Family will greet friends at the church one hour before the service.

Hank was born June 21, 1923, to Henry and Mathilda (Ortman) Schroeder in Long Prairie, Minnesota. He was baptized, confirmed and attended grade school at the Trinity Lutheran Church and School and then attended and graduated from Concordia High School in St. Paul. Following his high school graduation in 1941, he and a cousin went to California and worked in several defense plants until World War II became reality. He enlisted and served in the U.S. Army Air Force in the China-India-Burma Theater. After the war in the Pacific ended, he was stationed in Shanghai, as part of the multinational force that helped with the transition from Japanese occupation. After his honorable discharge from the Army Air Force in early 1946, he moved to Milwaukee and was a management trainee in a W.T. Grant Store. He was in partnership for a short time with his sister Etta in a variety store in St. Paul Park, MN, before buying what would become Schroeder's Department Store in Elbow Lake. Hank was now in business on his beloved Main Street in his beloved Elbow Lake. He married DeLoris Johnson of Wendell in 1949 and they had one son, Jon. The intervening years were spent with firsts: first secretary of the new hospital board, a member of Elbow Lake's first power commission board, an original member of the Grant County barbershop chorus and a "founding father" of what became Tipsinah Mounds Golf Course. In addition, he served as president of the Elbow Lake Lions Club and Elbow Lake Civic and Commerce Association in the same year, president of United Lutheran Church Council, long-time member of the United Lutheran church choir, and a sixty-year member of the Elbow Lake American Legion Post. He served more than 50 years on the board of directors of what is now the American Heritage National Bank of Long Prairie. Hank's first wife, DeLoris, passed away in 1976 and in 1981 he married Elizabeth (Liz) Fjoslien, a long-time English teacher at Elbow Lake-Wendell High School. He operated Schroeder's Department Store and, later, Hank's Shoe Box until 1991, when he retired after 43 years on the same corner of Elbow Lake's Main Street. In their retirement, Hank and Liz spent much time traveling, making several trips to Europe. Arizona was their winter destination where they spent time golfing and visiting with friends. Hank loved family, his church, the lake, music, golfing, gardening, reading, and coffee at the round table. He was a gentleman in every sense of the word: a quiet man but so kind, caring, patient, and gentle. His two-year battle with cancer ended on April 16, 2010, surrounded by his family. He is survived by his wife, Liz, son, Jon (Dana), step-daughters Tamara (Dean) Renneke, Lisa (Dennis McElwee) Fjoslien; grandchildren Erin, Carl, Helen, Lisa, Jase, Elizabeth, and Kirsten. He was preceded in death by his parents, stepmother Florence, brother Rollie, sisters Etta and Esther, and his first wife, DeLoris. The child's book Henry In Love depicts Hank's selflessness so well: Two little rabbits, Henry and Chloe, were at snack time in school one day, Henry with a blueberry muffin and Chloe with a carrot. Chloe asked Henry what he had brought and he gave her the blueberry muffin. Chloe said, "Wow, thanks Henry." Chloe ate the muffin and Henry ate the carrot. Shakespeare said it best: "Goodnight, sweet prince, and flights of angels sing thee to thy rest."
To order memorial trees or send flowers to the family in memory of Henry Schroeder, please visit our flower store.