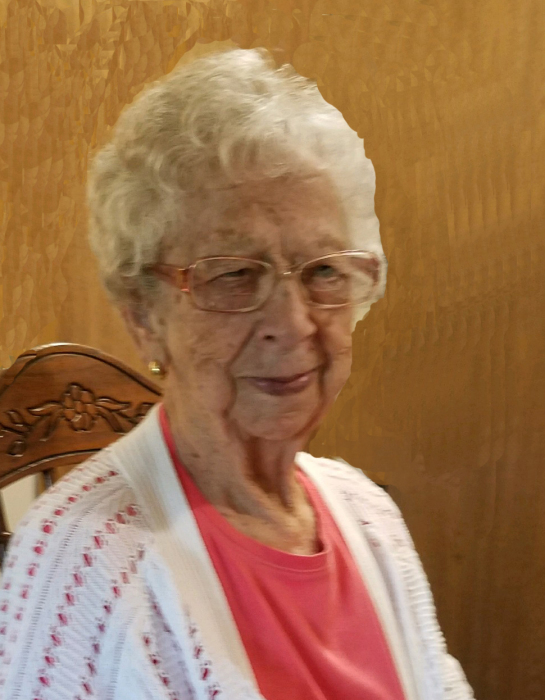 Hazel Muriel was born on March 24, 1924, in Lands Township, Grant County, the daughter of Herman and Nelsine (Jorgensen) Johnson. She was baptized and confirmed at Lands Church in Hoffman.  She attended rural school through 8th grade and High School in Hoffman.

In 1941, she was united in marriage to Henry Vestrum who was in the blacksmith business with his father and brother. Four children were born to this union, JoAnn, Janice, Harley and Bonnie. Hazel worked as a store clerk in Hoffman for several years. Henry passed in 1994. Hazel was a member of Lands Church now Messiah where she was active in church activities. She volunteered at the Good Samaritan and was a member of Sons of Norway.

Hazel enjoyed baking, watching the Minnesota Twins, crocheting and flower gardening. Most of all she cherished spending time with her family, children and grandchildren.

Visitation: Monday, April 1, from 5-7 P.M., with a 6:30 prayer service at the Erickson-Smith Funeral Home in Hoffman and continuing one hour prior to the service at the church.

To order memorial trees or send flowers to the family in memory of Hazel Vestrum, please visit our flower store.