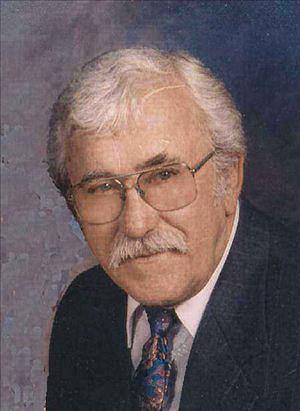 Harvey V. Beuckens, 81, Hoffman, died Friday, June 10, 2011, at the Good Samaritan Society-Hoffman. He was born December 31, 1929, in Monroe, South Dakota, on the family farm to Dick and Nancy (Wieman) Beuckens. Harvey attended school through the 6th grade at a one-room school in Monroe before moving with his family to Sioux Falls where he finished his education. Harvey began working for John Morrell and Company in Sioux Falls. He served with the South Dakota National Guard before his induction into the U. S. Army on January 20, 1953. He served as a radio operator with the 97th Signal Battalion and was honorably discharged as a corporal on December 17, 1954. On April 29, 1955, Harvey was united in marriage to Audrey Schouten at the Lutheran church in Rock Valley, Iowa. They made their home in Sioux Falls, South Dakota, and Hopkins, Minnesota. In 1959, they moved to Brookings, South Dakota, and then to Cyrus, Minnesota, where they owned the Cyrus Leader. In 1963, they moved to Hoffman where they purchased the newspaper, The Hoffman Tribune. In 1997, they sold the newspaper business and went into semi-retirement. Audrey passed away on March 24, 2010. Harvey was active on the Hoffman School Board for many years. He was a charter member of the Hoffman Lions Club and was a respected member of the community. He enjoyed hunting, fishing, bowling, golfing, camping, boating, following the Minnesota Twins, and bird watching with Audrey. He especially enjoyed spending time with his children, grandchildren and his wife. Survivors include his children Viki (Mark) Brekke of Elbow Lake, Todd (Lona) Beuckens of Centre, Alabama, Nanci (Craig) Torgerson of Elbow Lake, John (Linda) Beuckens of Brussels, Belgium, Jami Sutton of Hoffman, Keri (Michael) Anderson of Elbow Lake, and Kristofer (Jill) Beuckens of Hoffman; 17 grandchildren, Carlee and Taylor Brekke, Brad (Bridgett) Beuckens, Brandon Beuckens, Maurya and Liza Torgerson, Michael, Nicole and Sean Beuckens, D. Ryan and Jasmyn Sutton, Tyler, Austin and Morgan Anderson, and Jordan, Gabbriele and Grant Beuckens; brothers Edward Beuckens of California, Earl (Leona) Beuckens of Arizona, Alvin Beuckens of South Dakota, Francis (Rosemary) Beuckens of South Dakota, and Marvin (Phyllis) Beuckens of South Dakota; and many nieces and nephews. Harvey was preceded in death by his parents, his wife Audrey, infant daughter Toni, sisters Alice Eichhorn and Mathilda Anderson, and brothers Harold and Theodore Beuckens. Funeral Service: 11:00 am Wednesday, June 15, 2011, Messiah Lutheran Church, Hoffman Clergy: Rev. Nathan Thompson Burial: Bethel Cemetery, Hoffman Visitation: 4-7 Tuesday; 7pm prayer service, Erickson-Smith Funeral Home, Hoffman; one hour before service at church on Wednesday

To order memorial trees or send flowers to the family in memory of Harvey Beuckens, please visit our flower store.