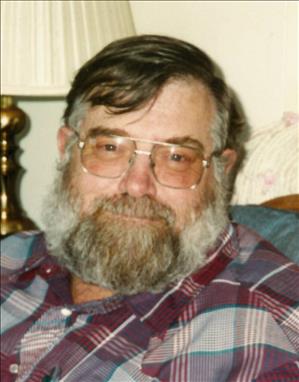 Harlan Linde, age 74, of Kensington, MN passed away Thursday, February 2, 2017 at the St. Cloud Hospital. Harlan Dean "Butch" Linde was born on October 14, 1942, to George and Mayme Anna (Schroeder) Linde in San Diego, CA. He was baptized on November 29, 1942 at St. Luke's Lutheran Church, Huntington Park, CA, and confirmed at Peace Lutheran Church, Morris, MN, on May 19, 1957. When he was two years old, he moved with his mother to Jeffers, MN. He attended country school there until 1950 when he moved to Cyrus, MN. Harlan attended grade school there and graduated from Cyrus High School in 1960. Harlan and Lorraine Eunice Thompson were united in marriage on January 14, 1961 at St. Petri Church in Cyrus by Pastor Kenneth Anderson. They began their married life living in Cyrus where Harlan worked at the Morris Co-op. In 1962 they moved to Minneapolis where Harlan worked at Riley Tar and Chemical, and Montgomery Wards. In 1971 they relocated to Cannon Falls where Harlan worked for the MN State Highway Department until 1979 when he became owner and operator of a truck and leased to different companies. In September of 1997 Harlan was diagnosed with Myasthenia Gravis and became disabled while living in Blaine, MN. In 2007, when his wife retired, they moved to Kensington. Harlan's hobbies included fishing, hunting, playing cards and rebuilding fishing reels and pedal tractors and cars for his grandchildren. He cherished time spent with family.

Visitation will resume one hour prior to the service at Zion Lutheran Church.

To order memorial trees or send flowers to the family in memory of Harlan Linde, please visit our flower store.