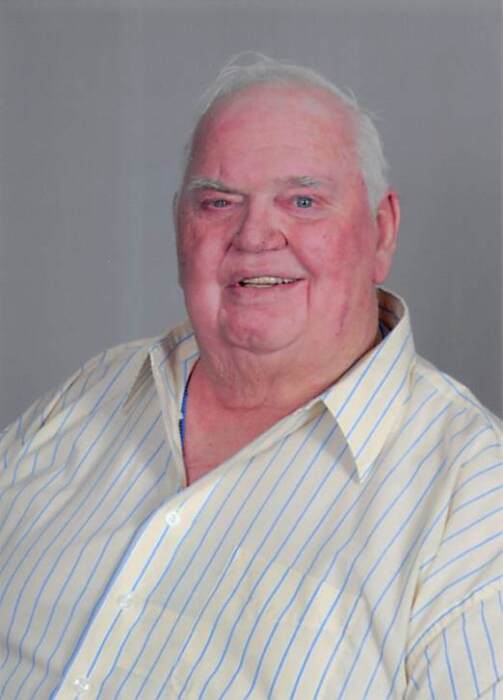 Gordon Hall Jr. was born to Gordon and Margaret (Veum) Hall on December 7, 1945, in Morris, Minnesota. He attended the Morris Public School and graduated from Morris High School in 1963.

On July 2, 1965, Gordon married his high school sweetheart, Carol Ann Johnson, at the Federated Church in Morris. He worked a short time in Morris, then lived in St. Cloud and the Minneapolis areas. Gordon and Carol moved to Redwood Falls in 1985 to expand their business. Gordon was self-employed for most of his career, specializing in mobile-home transportation, which he started at the age of 19. Gordon loved trucking and could park a mobile home in the most challenging of spaces, providing his clients with excellent service. Gordy’s children recall occasions he would arrive at a home site where the owners would request placement of their new home “between those two nice trees.”  Other times, a driveway would be significantly challenging, and Gordy creatively made extra space by cutting down tree limbs or creating make shift bridges out of spare tires, hay bales and planks.   Gordy owned and operated Gordy’s Mobile Home Transport, and for many years he and Carol managed a fleet of ten trucks providing mobile home delivery across the country.

Gordy and Carol were known for opening their home to those in need. They provided jobs and shelter for people who quickly became part of the Hall extended family.  That same welcoming spirit was extended to any family member in need.

Gordy and Carol were avid campers and took many trips to Lake Mille Lacs, Battle Lake and Leach Lake.  Having a keen sense of humor, during a trip to Lake of the Woods, Gordy pulled the boat up to a dock timing the landing to ensure Carol was drenched by a wave coming over the bow of the boat.  The entire family enjoyed his antics and have fond memories of fishing, water skiing and campfires with smores. When Gordy transported a mobile home out of state, he often took the opportunity to take the family along and make those trips a fun, family adventure.

Gordon and Carol wintered for ten years in Texas where he enjoyed deep-sea fishing, and while in Minnesota he loved to fish and hunt.

He was preceded in death by his parents, Gordon Sr. and Margaret Hall; sisters Myrna Lee Hall and Sandy Kopitzke; and granddaughter Rachel Christina Hall.

A Memorial Service will be held at 2:00 PM Sunday, June 26, 2022, with a Visitation beginning at 12 noon until 2PM at the Erickson-Smith Funeral Home in Hoffman, MN.

In lieu of flowers, memorial donations are preferred to the family for a Memorial Garden at the Hall Lake Lot.

To order memorial trees or send flowers to the family in memory of Gordon Hall, Jr., please visit our flower store.