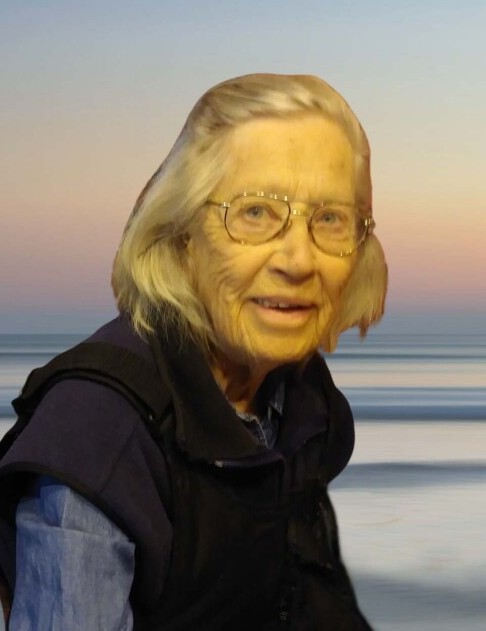 Gloria passed away peacefully at home with her family nearby on Tuesday evening, June 30, 2020.

Gloria Jean was born to Milo and Selma Spilseth, the grandchildren of Scandinavian immigrants on November 10, 1929 in Kensington, Minnesota. They told stories of the Kensington Runestone, found on a neighboring farm to her father and used as a barn step, before being given to a museum as evidence of Scandinavian nomads exploring to that same area centuries before.

Gloria’s family always believed in a strong education. Gloria became a registered nurse before marrying “Kay” Swanson, a doctor intern. They moved to Columbus, Montana, Kay’s hometown, and started a practice and a family. Gloria lived in the Columbus area for most of the rest of her life. She was an active bridge player, church organist, mountain climber, and world traveler.

Gloria will be buried at Solem Lutheran Church, near Kensington, Minnesota at 11:00AM on Wednesday, July 22, with her parents, and her younger brother George. Her older brother Sidney was buried with military honors in St. Louis.

To order memorial trees or send flowers to the family in memory of Gloria Swanson, please visit our flower store.