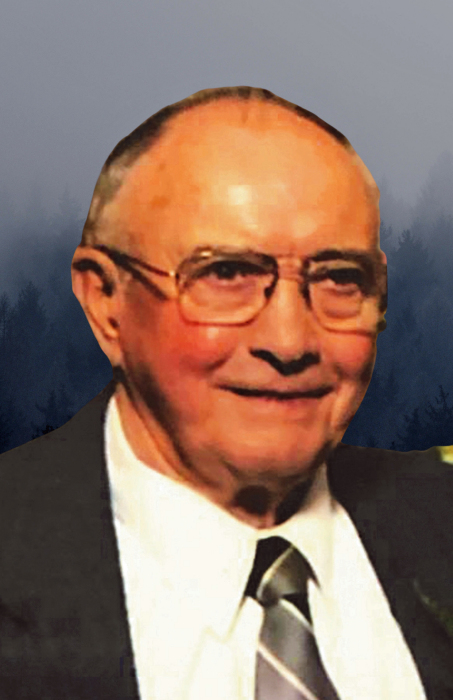 Gerald Frank was born February 7, 1930, to Frank and Nellie Bates in rural Norcross. He grew up on a farm north of Norcross and went to grade school at District 18, Corndale. In 1943 the family moved to a farm one mile south and west of Norcross. Gerald graduated from the Herman High School.

He was drafted into the Military in 1951, during the Korean Conflict and served in Japan, earning, and receiving a Korean Service Medal, and United Nation Service Medal. In March of 1953 he was Honorably Discharged at Camp Carson, Colorado.

On May 9, 1953, he married Delores May Wass of Rosholt, South Dakota at St. Joseph Lutheran Church of rural Rosholt. They made their home in the Elbow Lake, MN area where Gerald worked as a farmhand. In 1954, they started farming and dairying for themselves, and a family was also started.  In 1960, they bought their farm, and increased their dairy, by 1962 the family had increased to five children.

In 1971, Gerald started the Bates Insurance Agency and Delores worked as secretary.  The Agency serviced crop insurance and property & casualty.  This was a part time job and lasted for over 40 years. They retired the Insurance business in December of 2014.

Gerald lived his whole life in Grant County, except during his time of service. He was director of Elbow Lake Coop Creamery and was supervisor on the Delaware Township for several years. He was elected to the Delaware Mutual Insurance in 1974 and served as Director Agent until 2014. He was a member of the Bethlehem Lutheran Church in Elbow Lake, where he taught Sunday School for several years, and served on the church council.

He still enjoyed driving tractor for his oldest son, Tim doing fieldwork. He treasured going to his children and grandchildren’s school activities and always knew how blessed he was with a great lifelong partner.

“God has Blessed me many times over with Family and Friends.”

He is survived by his 5 children: Joleen (Mike) Johnston of Cando, ND, Connie Lunde of Fargo, ND, Tim (Janis) Bates of Elbow Lake, Pauline (James) Martinson of Ashby, and David (Denise) Bates of Dalton; 11 grandchildren; 13 great-grandchildren; one brother, Donald (Marilyn) Bates of Fargo and numerous nieces & nephews, and a foster son, Charles Ritter of Hancock.  He was preceded in death by Delores, his wife of 65 years, his parents, a grandson, Ryan & great-granddaughters, Isla Grace and Nora.

Online condolences may be shared at EricksonSmithFH.com

There will be a Private Family Funeral Service held for Gerald, and burial at Lakeside Cemetery, Herman, MN.

To order memorial trees or send flowers to the family in memory of Gerald Bates, please visit our flower store.