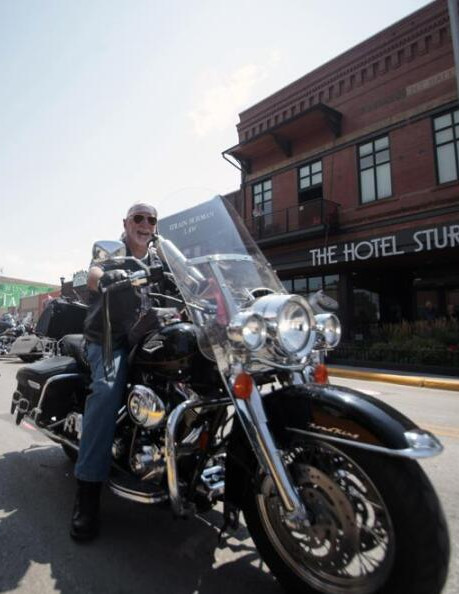 George Marvin Hough of Elbow Lake, MN passed away peacefully on July 29th, 2022 of a heart attack while riding his Harley at the age of 69. He was born in Glenwood, MN on December 8th, 1952 to Lorne Price and Irene Ann (Koob) Hough.

He graduated from Glenwood High School in June of 1970. He was drafted into the U.S. Army during the Vietnam Conflict, where he served as a Radio Code Operator for the U.S. Army Security Agency. He was Honorably Discharged on November 20th, 1978 after four years of service and was awarded a National Defense Service Medal.

Following in the footsteps of his Father and Grandfather, he became a Freemason. His Masonic journey began in 2003 at Constellation Lodge #81 in Alexandria, MN. He held various offices during his Masonic life, including Twice Master of his Lodge, District Representative of Grand Lodge of the State of Minnesota and Grand Pursuivant of the Grand Lodge.  He was a member of the York Rite of Minnesota and the Scottish Rite in Minneapolis Valley, where he enjoyed performing in the many degrees.

He was a Masonic Cancer Center Fund board member and briefly belonged to Zuriah Shine Temple, where he helped support the Shrine Hospitals for Children. Some of his children's fondest memories of those years include him riding the famous yellow go-karts in parades.

He lived a full life and had many hobbies over the years, but his most enduring passion was his love of riding his Harley-Davidson. He attended the Sturgis Motorcycle Rally in South Dakota annually, where he cooked his famous Beef Stroganoff, argued the superiority of Scotch over Bourbon, and was always ready to share a "good" cigar by the fire.

As generous in death as he was in life, George's tissues were donated for burn victims via LifeSource, as was his wish.

He was a friend to many and his presence will be greatly missed.

A memorial service will be held at Erickson-Smith Funeral Home in Elbow Lake on August 9th, 2022. Visitation will begin at 2:00 pm followed by a Masonic Funeral at 2:30. The public is welcome to attend.

A private interment will be held at the Minnesota State Veterans Cemetery in Little Falls, MN and his military service will be honored at that time.

To order memorial trees or send flowers to the family in memory of George Hough, please visit our flower store.