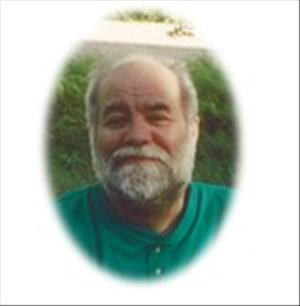 Gary Olson died at the Lake Region Hospital, Fergus Falls, on Saturday, March 20, 2010. Funeral Services will be held on Thursday, March 25, 2010, at United Lutheran Church, Elbow Lake, with Pastor Bob Toso officiating. Visitation will be 4-7, on Wednesday, at the Erickson-Smith Funeral Home, Elbow Lake, and resume on Thursday one hour prior to services at the church. Burial will be in Ness Cemetery, Elbow Lake.

Gary Olson was born December 11, 1939, at Fergus Falls MN to Lorry and Bessie (Carter) Olson. He was baptized and confirmed at St. John's Lutheran Church, Elbow Lake. After graduating from Elbow Lake High School in 1957, he attended Wahpeton State School of Science for two years in the auto mechanics program. Gary worked in his dad's blacksmith shop, hauled sugar beets for Myron Westrom, and hauled water for Culligan Soft Water. Gary was united in marriage to Shirley Fleischfresser at Sisseton SD on October 30, 1971. After their marriage, they lived in Elbow Lake, where Gary worked a variety of jobs, including being produce manager at Red Owl, working at Coast-to-Coast; custom swathing and other farm work, and driving milk truck for the Elbow Lake Creamery. He had many hobbies, including building things, wood carving, collecting John Deere tractors,deer hunting, and playing the harmonica, guitar, and banjo. Gary was an avid gun collector and was a member of the Elbow Lake Gun Club and was a lifetime member of the National Rifle Association. He was a member of United Lutheran Church. Gary is survived by his devoted wife Shirley of Elbow Lake; daughters Dawn (Rod) Bumgardner of Elbow Lake, Carrie Olson of Clearwater, and Wendi(Dave)Gill of Albany; and son Joshua (JoDee) Olson of Jackson MN; six grandchildren, Vessa and Demara Bumgardner, Emelya and Bryce Hanson, and Perry and Eva Gill. He was preceded in death by his parents. In lieu of flowers, the family prefers memorials.
To order memorial trees or send flowers to the family in memory of Gary Olson, please visit our flower store.