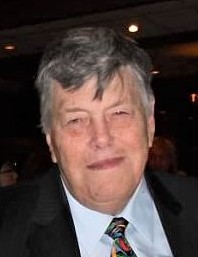 Franklyn Dale Sandberg, age 84 passed away at Sanford Hospital in Fargo, ND on January 7, 2021. Frank was born July 19th, 1935 to A.C. and Edna (Larson) Sandberg. He was baptized and confirmed at Christ Lutheran Church, Elbow Lake, MN. He attended country school through 8th grade and graduated from Elbow Lake High School in 1953.

He received a football scholarship to Macalester College in St. Paul, MN. After attending for 1 year, he transferred to the University of Minnesota. Frank loved spending time outdoors and had many hunting outings with his good friend, Clayton.

After graduating from the UofM with a degree in Education, Frank joined the U.S. Army and spent his years signing in the Army Choir. After discharge from the Army, he was employed by Travelers Insurance.

In 1967, he and Jeanne Erickson were married. They resided in St. Paul until 1981 when they retired to the family farm in Elbow Lake. He and Jeanne were active members of Christ Lutheran church.

Frank was an avid trap shooter and won many awards and trophies over the years. Frank always loved music and had a beautiful singing voice. If you had the pleasure to be around him you may have heard him singing, humming, or whistling a song.

Frank was loved by his family and liked by everyone he met. He will be missed by all who knew him.

A funeral service will be held at 1pm on Monday, April 26th, 2021 at Christ Lutheran Church, Elbow Lake.

To order memorial trees or send flowers to the family in memory of Franklyn "Frank" Sandberg, please visit our flower store.