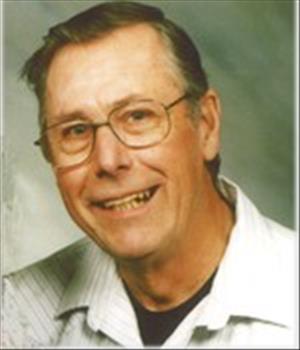 Floyd Anderson, 69, of rural Ashby, died Sunday, Nov. 29, 2009, at the ELEAH Medical Center in Elbow Lake. Funeral service will be 11:00 am Friday, Dec. 4, 2009, at the Peace Lutheran Church in Ashby with Pastor Carol Olson officiating. Visitation is at the church one hour before the service on Friday morning.

Floyd Edwin Anderson was born August 22, 1940, to Mercel and Olga (Walseth) Anderson on the home farm in Pelican Lake Township. He attended school in Ashby. On August 29, 1970, Floyd married Linda Alexander in Las Vegas, Nevada. Floyd was an auto mechanic by trade. While living in California, he and Linda owned their own shop, Anderson's Automotive. He worked for 20 years in Alexandria for Juettner Motors. Floyd also worked with Bob Moerke doing remodeling projects. He loved to fly his airplane, and he enjoyed hunting, but he would not fish with Linda, as he said it was too much work for a little fish. Survivors include his wife Linda; three daughters and their families, Eileen and Rick Hazen and their daughters Kris and Becky, Peggy and Richard Black and their daughter Latisha, and Pam and David Pearson and their children Amanda, Micah, and Devon; one sister, Corrine Fairchild; and many friends that were his family, as well. Floyd was preceded in death by his parents and infant siblings.
To order memorial trees or send flowers to the family in memory of Floyd Anderson, please visit our flower store.