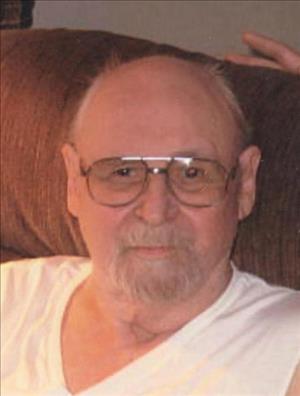 Ferdie Wicklund, 80, Elbow Lake, died Tuesday, September 4, 2012, at his home. Family will greet friends at the Erickson-Smith Funeral Home in Elbow Lake on Friday, September 7, from 5:00 to 7:00 pm, with sharing of memories at 7:00 pm. Ferdie was born on August 19, 1932, in Greenbush, Minnesota, one of ten children born to Eric and Alma (Rudd) Wicklund. He grew up on a farm and learned the trade of carpentry from his father. He left home at age 16 to work on a ranch, until he entered the Navy in 1950. Ferdie was married to Gloria Olson, who died shortly after their marriage. May 1963, he married Joni Sabo. They moved to Washington, where they lived for a short time, and then to Thief River Falls. The couple divorced in 1969. Ferdie moved to Fergus Falls where he was employed as a carpenter and married Amanda Heidorn; they were later divorced. Ferdie lived in Elbow Lake since some time in the 1990's. He enjoyed artwork, drawing and painting, and wood work, and made custom furniture. He loved to tinker with sewing machines and tools. Ferdie also enjoyed fishing and hunting. He was an avid Minnesota Twins fan and always shared his friendly smile and wave to those who met him. Survivors include his daughter Tammy (Jeff Erickson) Hanson of Grand Forks, North Dakota, and son Michael (Vicki) Peterson of St. Hilaire, Minnesota; two sisters, Ione (Thomas) Krause of Auburn, Washington and Juliette (Donald) Nelson of Warroad; four brothers, Donald (Doris) Wicklund and Russell (Kathleen) Wicklund, both of Greenbush, Nels (Cleone) Wicklund and Ervin (Ione) Wicklund, both of Auburn, Washington; grandchildren Amanda (Sean) Enright, Candice and Lindsey Hanson, and Jennifer (Nick) Culbert; and two great-grandchildren, Harvey Culbert and Hallie Enright; and brother-in-law David Hyllengren of Palm Desert, California, and sister-in-law Margret Wicklund of Palm Harbor, Florida. Ferdie was preceded in death by his parents; one brother, Lloyd Wicklund; and two sisters, Sandra Hyllengren and Lorraine (Lyle) Soude. Arrangements are with the Erickson-Smith Funeral Home, Elbow Lake. www.EricksonSmithFH.com

To order memorial trees or send flowers to the family in memory of Ferdie Wicklund, please visit our flower store.