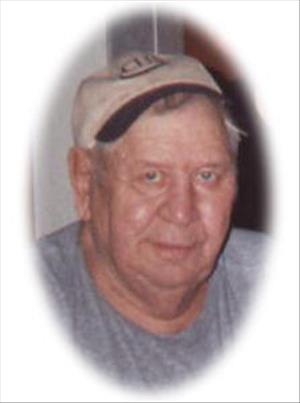 Ervin Lohse, 78, formerly of Wendell, died Tuesday, April 3, 2012, at the Broen Memorial Home in Fergus Falls. A memorial service for Ervin Lohse will be held at 11:00 am on Monday, April 9, 2012, at United Lutheran Church in Elbow Lake with the Rev. Bob Toso officiating. Burial will be in the Zion Lutheran Cemetery, Hoffman. Visitation will be held one hour prior to the service at church. Ervin Milford Lohse was born on September 9, 1933, on a farm near Barrett, Minnesota, the son of Arthur and Mary (Kritzer) Lohse. He was baptized in the Missouri Synod Church in Hoffman by Rev. Lohman and was confirmed in the Tordenskjold Lutheran Church, rural Underwood, Minnesota. Ervin attended District #20 Country School in Tordenskjold Township. Ervin and Alva Christopherson were married on February 27, 1954, in the First Lutheran Church parsonage in Elbow Lake by the Rev. O. G. Aasen. After their marriage, they lived in Underwood for two years before moving to the Elbow Lake area. In 1973, they purchased their home east of Wendell. In 1965, Ervin started EL Construction, doing elevator building and repair along with constructing grain bins; He loved his work and operated the business for 45 years. Ervin also enjoyed playing cards, visiting with people, and from 1968-1973, he raced stock cars in Alexandria, Herman and Morris. He is survived by his wife Alva of Elbow Lake; sons Jeffrey (Sharon) Lohse of Tyler, Texas, Steven (Verna) Lohse of Comstock, Minnesota, and Bradley Lohse of Louisville, Colorado; grandchildren Jason, Dawn Marie, Anna, Lucas, Stacy,, and Shelly; and numerous nieces, nephews, relatives and friends. Ervin was preceded in death by his parents Arthur and Mary Lohse; five sisters, Eleanore Endresen, Irene Clark, Margie Holman, Alice Gilmer, and LornaMae Lohse; and three brothers, Donald, Willard and Loren Lohse.

To order memorial trees or send flowers to the family in memory of Ervin Lohse, please visit our flower store.