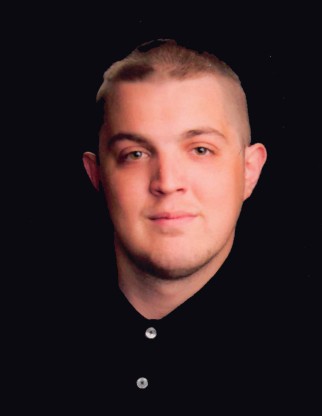 Eric C. (Christian) Dahl, son of Jon and Rebecca Dahl, died unexpectedly on March 15, 2021, in Houston, TX.  Eric was born at Dakota Hospital in Fargo, ND, on August 29, 1991.  As a young boy, Eric grew up with parents and his brother, Andrew, in their Moorhead, MN, home.  He had a magnetic personality, to which people both that he knew, and those he didn’t, were drawn.  He was witty, polite, and thoughtful.  He made friends easily and had many.

At age 5, he and his family relocated to Madison, WI.  There, he attended the Verona Area Schools, K-12, graduating from high school in 2009.  During his younger years, he was active in Little League baseball, youth football, Cub Scouts, and junior league bowling.  In high school he participated in school music programs, snowboarding and was an active paintballer.  After getting his driver’s license, he loved to go off-roading in Jeeps and enjoyed riding motorcycles, as well as the related mechanic and alterations work.

Traveling was also one of his special enjoyments.  In addition to the multiple trips to Minnesota and North Dakota each year, he visited both coasts and oceans in the US, as well as Mexico, having travelled there with his mother.  As an adult, Eric also enjoyed cooking, drawing, and various puzzle games.  He enjoyed watching, following, but especially attending, sporting events.  Though raised out of the state, was a fan and follower of the Minnesota Vikings, Twins, Wild, and Golden Gophers.  He also loved pets – especially dogs, as they quickly bonded and loved him back.

Eric had a strong work ethic, taking much pride in being a highly productive worker who wanted to do things well and correctly.  He operated his own landscape company in Madison prior to moving back to the Fargo-Moorhead area in 2011.  He then worked in warehousing as a forklift operator, which he both enjoyed and excelled at, until a medical issue precluded him from continuing.  He also did other jobs cooking and doing stock work.  In 2020, he relocated back to Madison and worked for a landscaping company until early 2021, when he decided to follow his long-stated desire to live in a warmer climate, and relocated to Texas.  He was pursuing the landscaping and golf course work he enjoyed at the time of his death.

In the latter half of his life, Eric struggled with dependency issues.  That, along with a learning disability, put up hurdles and stones on his path around which he tried to navigate, and sometimes tripped on and over.  In addition to his immediate and extended family, there were many professionals and caregivers who repeatedly, and over the years, showed Eric great measures of kindness, compassion, understanding, and assistance.  No one ever gave up on him.

Eric stated on many occasions his fondest memories were the times in youth he spent at his grandparents’ homes.  Trips to the cattle ranch near Hettinger, ND, where he was allowed (and learned) to ride every sort of farm equipment or motorized vehicle available there, were indelible.  Visits to “the point” on the lake in Barrett, MN, where he absorbed and embraced the outdoors and abundant Minnesota lake life, developed in him a life-long love for fishing and being on the water - either in the canoe, but especially, the boat.  Those times on the water provided many moments of escape, peace, and comfort for Eric, and made special memories with, and for, his father.

We will forever miss, but fondly – and always – remember his smile and endearing personality.

Arrangements are via the Erickson-Smith Funeral Home in Elbow Lake, MN.

Memorials to The Nature Conservancy.

To order memorial trees or send flowers to the family in memory of Eric Dahl, please visit our flower store.