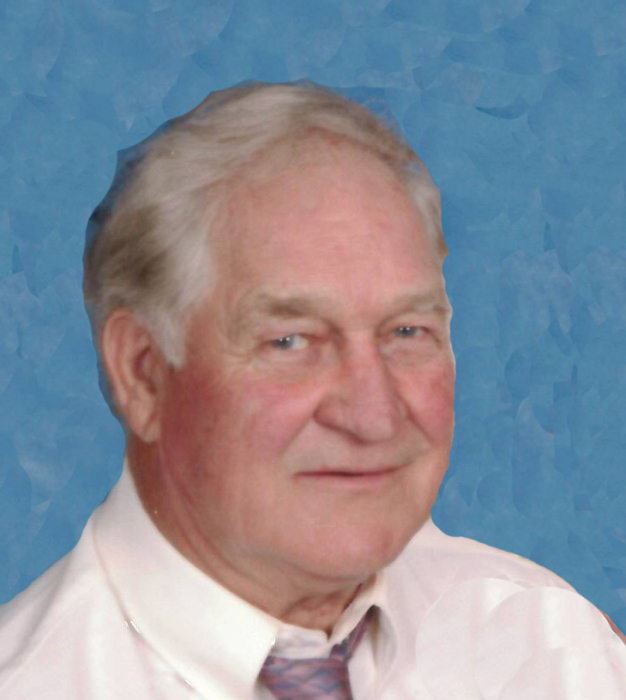 Emmett was born on April 27, 1935, in Donnelly, Minnesota, the son of George and Elpha (Olson) Harstad. He was baptized and confirmed at Kongsvinger Lutheran Church. Emmett attended rural country school and graduated from Herman High School in 1953, where he participated in football, basketball, wrestling and track. After High School he worked for the railroad for 2 years.

In 1955, he entered the U.S. Army where he was stationed in Germany and served as Artillery Forward Observer. He was honorably discharged in 1958. After his military service he worked driving truck, ran a cattle operation and worked on the home farm with his brother, George Harstad.

On June 8, 1963, he married Ruth Pipo at Our Saviors Lutheran Church in Barrett. The couple are the parents of three children, Daniel, Steve and Jason. In 1966, the family moved to Oklahoma where he worked with his brother, Kenneth Harstad building houses for ten years. The family later moved back to Barrett where he worked construction and farmed on the side until retirement. After his retirement, Emmett raised numerous breeds of dogs.

His hobbies included hunting, especially his family’s time-honored deer hunting each year, fishing and spending time outdoors. He once raised and trained a wild mustang horse. Emmett had a big heart, was proud of his family and a mentor to many. He will be deeply missed by all who knew him. Blessed be the memory of Emmett Harstad.

Visitation: Tuesday, July 10, 2018, from 5-7 P.M., with a 6:45 prayer service at Erickson-Smith Funeral Home in Elbow Lake and continuing one hour prior to the service at the church.

Funeral arrangements are with the Erickson-Smith Funeral Home of Elbow Lake for Emmett Harstad.

To order memorial trees or send flowers to the family in memory of Emmett Harstad, please visit our flower store.