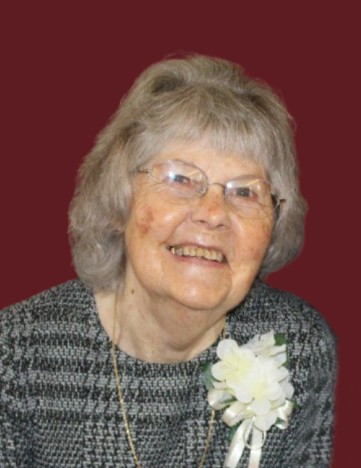 Elizabeth Mae was born on September 27, 1934, in Morris, Minnesota to Nicholas J. and Anna (Pusl) Weiland. Elizabeth was one of thirteen children. She was baptized and confirmed in the Catholic faith. Elizabeth graduated from Hoffman High School in 1953. After high school she trained and received her LPN nursing license from Rochester School of Vocational Nursing at Saint Mary’s Hospital, Rochester, Minnesota. She graduated with the class of 1955. After receiving her nursing license, Elizabeth went on to work in the operating room at St. Mary’s Hospital, Minneapolis, Minnesota until 1976.

On September 5, 1959, Elizabeth and Kenneth E. Hedstrom were married in the Church of St. Olaf, Elbow Lake, Minnesota. They lived in the Minneapolis area until 1976. In 1976 they moved back to Hoffman and Elizabeth started working at Douglas County Hospital and worked there until she retired in 1999.

Elizabeth enjoyed traveling, playing cards, antiquing with her daughter, exercising, and was an avid reader. She was also a devoted Catholic and was active in church as a CCD teacher, President of Lady’s Guild, and many other church related activities. After retiring she enjoyed her volunteer work especially with the senior citizen’s center in Hoffman, Minnesota. Elizabeth stated that her grandchildren were her greatest joy.

Elizabeth is survived by her husband of 62 years, Kenneth; her two children, Stephen Hedstrom of Chaska and Anna Mary (Steven) Erickson of Hoffman; grandchildren, Derek, Michael, Nicholas, Matthew, Amanda (Brendan), and Olivia; great-grandchildren, Ayden and Anayah; sister-in-law, Carolyn Weiland; and many nieces and nephews. Elizabeth was preceded in death by her parents and all her brothers and sisters.

A Mass of Christian Burial will be held at 10:30AM Saturday, October 2, 2021 at Our Lady of the Runestone Catholic Church, Kensington.  Visitation one hour prior to the service.

Burial at Our Lady of the Runestone Cemetery, Kensington.

To order memorial trees or send flowers to the family in memory of Elizabeth "Betty" Hedstrom, please visit our flower store.