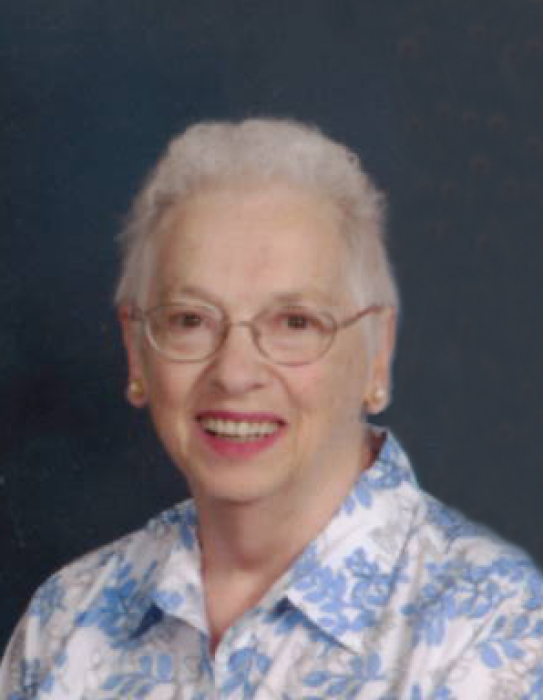 Elizabeth Ann Anderson was born on December 31, 1930, in St. Paul, Minnesota, the daughter of Lloyd and Evelyn (Anderson) Stivers. She was baptized in the Lutheran Faith, graduated from Minneapolis South High School in 1948, and continued her education in nurses training with the University of Minnesota, becoming a Licensed Practical Nurse.

On July 8, 1961, Elizabeth married Virgil Anderson in the Ebenezer Lutheran Church in Minneapolis. After their marriage they lived on a farm by Farwell where they dairy farmed until 1984, when they sold out and moved into Hoffman. Virgil passed away on February 4, 2010. Elizabeth worked as an LPN with the Hoffman Nursing Home until her retirement. She was a member of the First Lutheran Church in Kensington. She served as a past American Legion Auxiliary District 7 President. Elizabeth’s hobbies included reading, crocheting, embroidering, watching the Minnesota Vikings and Twins, and the special time spent with her family.

Memorials will be donated to the First Lutheran Church.

Memorial Service: 2:00 PM, Thursday, September 28, 2017 at First Lutheran Church, Kensington, MN with visitation one hour prior to the service.

To order memorial trees or send flowers to the family in memory of Elizabeth Anderson, please visit our flower store.