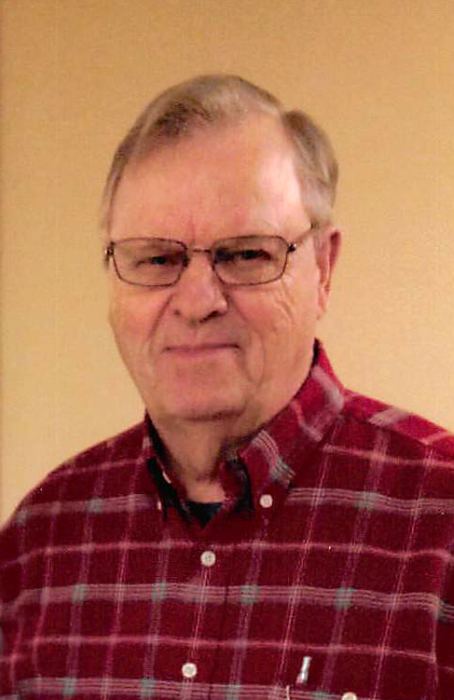 Ervin Jerome (Joe) Hagen was born on February 23, 1933 to Helmer and Agnes (Rasmussen) Hagen at home in Swan Lake Township.  He was baptized and confirmed at Nora Lutheran Church, rural Kensington, Minnesota. Jerome grew up on the family farm and attended country school through the eighth grade.  He went on to attend West Central Ag School in Morris, MN through high school.

Jerome served in the U.S. Army and was stationed in Germany for two years.  A member of the Company A 826 tank battalion, he was honorably discharged from the Army in 1961, with a rank of E4, at which time he returned home to Cyrus to farm.

Jerome was a life-long farmer on the Hagen Family Farm in Nora Township, which was homesteaded in 1869. He was a dairy and grain farmer. Jerome served as treasurer of Nora Lutheran Church and also served on church council.  He was on the Nora Township board and on the Runestone Electric Association board.

Jerome and Irene enjoyed traveling and were fortunate to visit all 50 U.S. States and 15 foreign countries, passing their love of travel onto their children.  Many fun times and memories were made traveling over the years. In his spare time, Jerome loved to laugh, read Louis L’Amour books, and play whist.  Jerome took great pride in being a farmer and taking care of the land and his cattle.

He is survived by his wife of 55 years, Irene of Alexandria; three children, Kristi (Mark) Anderson of Alexandria, Kari (Brad) Alcock of Merrifield, MN, and Kent of Moorhead; grandchildren, Matthew (Talia) Anderson of West Fargo, Michaela Anderson, of Fargo, Samuel Alcock of Moorhead, Sara Alcock of Merrifield, Kennedy Hagen of Moorhead; a great-granddaughter, Runa Anderson and a great-grandson, Noah Anderson, both of West Fargo; a sister, Deloris (Elder) Peterson of Glenwood; a brother, Duane (Diane) Hagen of Farwell; brother-in-law, Doug (Meredith) Amundson of Lowry; many nieces, nephews, and friends.

Jerome was preceded in death by his parents; his father and mother-in-law; brothers, Vernon (Betty) and Clare (Alice); sister-in-law, Delores Amundson; and brother-in-law, Maynard Stadsvold.

Visitation:  5 – 7 PM Monday, at Erickson-Smith Funeral Home in Hoffman, and one hour prior to services at the church.


To order memorial trees or send flowers to the family in memory of E. Jerome Hagen, please visit our flower store.