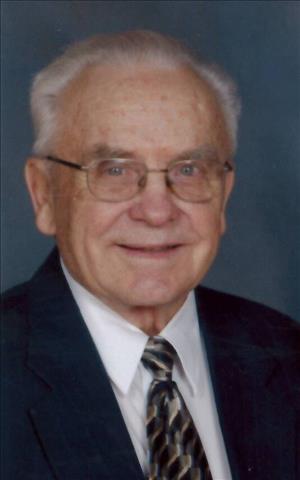 Edward Backman, age 88, formerly of Kensington, passed away Sunday, November 27, 2016, on his 18th wedding anniversary, at Grand Arbor Assisted Living in Alexandria, MN. Edward Merle Backman was born November 12, 1928 to the late Henry and Dora (LaQua) Backman. He was baptized December 23, 1928 at St. Charles Catholic Church, and confirmed June 15, 1942. He was the oldest of three children, including a brother LeRoy and a younger sister Lois. He learned to farm from his parents on their family farm in Herman. He went to a one room school house until the 8th grade, but later went back to receive his GED. On June 28, 1951, he enlisted in the Air Force and served in the Korean Conflict. He returned back to the states and was station in Topeka, Kansas when he met his future wife, Alice Denise Gustafson. On August 28, 1954, they were united in marriage. When Edward was discharged from the Air Force on March 27, 1955, he took Denise back with him to Minnesota to farm with his brother LeRoy. The couple was blessed with nine children (Karen, Mark, Kenneth, Linda, Bonnie, Donna, Becky, Kevin, and Dennis). Edward and Denise shared 39 years of marriage until Denise's death on January 6, 1994.

He bought his own farm in Kensington on March 21, 1966, where he lived until the last four years of his life, which were spent at Grand Arbor in Alexandria. Besides working as a farmer, Edward also worked at Finger Hut and retired from Stevens County Highway Department in Morris. Edward married Sandra Kay Haack as his second wife on November 27, 1998. Edward and Sandy shared 18 years of marriage. Sandy has three children (Kevin, Kay, and Kelly). Together the couple has 12 children, 33 grandchildren, and 18 great grandchildren. Edward was a wonderful husband, father, grandfather, and great grandfather to his family. He enjoyed visiting and going to his family's activities. He also enjoyed playing cards, watching TV (especially game shows), Sunday afternoon drives to check on crops while listening to Polka music, visiting his parents, deer hunting, fishing, playing volleyball, and always enjoyed a good home cooked meal. Prayer Service beginning at 7:30PM. Visitation will resume one hour prior to the service at the church.

To order memorial trees or send flowers to the family in memory of Edward Backman, please visit our flower store.