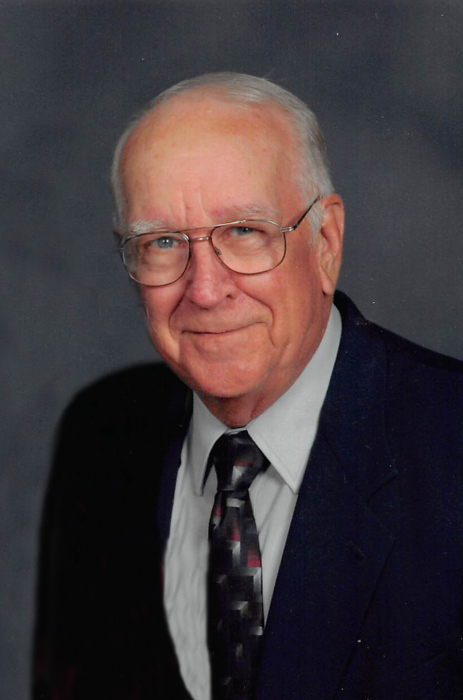 Edgar A. Persons was born into the family of Eli and Edna Persons on December 28, 1931. He joined his older brothers, Ralph and Kenneth, and a sister Gladys at the farm home near Clarissa, MN.

Although eight years younger than his closest sibling, he was not raised alone. At about ten years of age, his parents took in two of his cousins, Jerry and Norma, to raise as their own. They remained with the family until adulthood.

After finishing eight grades of school at rural school District 108, he went to high school at Clarissa, graduating in 1949 as valedictorian.

Edgar attended the University of Minnesota starting in 1949 and graduated in 1953 with a degree in Agricultural Education. His first job was as a veterans training instructor in the Institutional On Farm Training Program at New Richland, MN. He also started a new chapter in his life by marrying Lois Darlene Schluns in July of that same year. They were married at her parent’s farm on the front lawn with 20 Guernsey cows looking over the fence and bearing silent witness to the occasion.

The army soon claimed Ed’s services after only one year of teaching. While in the Army, with Lois at his side, two children were born; Steven in El Paso, Texas, and Gary in Fox Hill, Virginia. Upon being discharged, Ed became the Vocational Agriculture Instructor in Hoffman where he served from 1956 – 1964. Two more children were added to the family: Karla and Daniel.

The lure of the University of Minnesota took them to St. Paul where they remained until 1997. After getting a MA degree and a PhD in Education, Ed joined the staff of Agricultural education where he remained until his retirement in 1996. He made many trips abroad as part of University teams advancing the importance of teaching and research in agriculture.

Upon retirement and with cooperation from Dan, Lois and Ed moved to the Raymer Stock farm and began operation as the Rafter P Ranch, with Dan in charge of the Ranch and Ed as an interested observer. The ranch morphed from a cow calf operation to one of the premier sheep operations in the state, a fact of which Ed was very proud.

Ed was a fair-weather fisherman and a fair-weather hunter. Bad weather was a better time to stay in the house, have coffee or tea with Lois and read, which he did extensively, or retreat to the basement and putter. He was, however, an all-weather gardener with a small, highly productive vegetable garden plot.

Almost all of the local civic organizations have felt his presence: the Lions Club, the Commerce and Ag Club, The American Legion and the Hoffman Economic Development Authority as well as various groups in Messiah Church.

Except for Dan and Kay, and their daughter, Rachel, and more recently Karla and son, Matthew, none of the relatives live in the Hoffman area. Steve and his son, Gus reside in Grand Marais, Gary and his partner, Sharon live in Santa Rosa, New Mexico. Only Gladys Raschka, his sister, and Norma Godding, the foster cousin, of the original family are still alive. There are no living aunts or uncles, but there are numerous cousins still alive. Lois passed away on August 29, 2016.

Memorial Service: 7:00 PM Thursday, May 23, 2019 at Messiah Lutheran Church, Hoffman, MN with visitation one hour prior to the service.

To order memorial trees or send flowers to the family in memory of Edgar Persons, please visit our flower store.