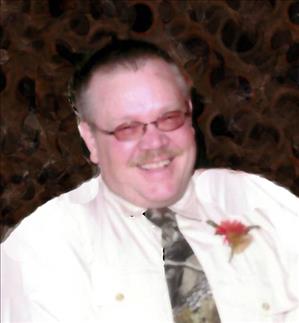 Dwaine Leonard Westrom, 61 of rural Elbow Lake died on Monday August 1st, 2016 surrounded by a loving family at his farm in Delaware Township after a courageous fight with ALS. Dwaine was born on February 28, 1955, in Fergus Falls, MN, the son of Leonard and Shirley (Erfert) Westrom. He was baptized and confirmed in Elbow Lake. Dwaine attended Elbow Lake/Wendell School District # 206 where he graduated in 1973. On June 14, 1980, he married the love of his life, Beverly J. Nash at United Lutheran Church in Elbow Lake. The couple were blessed with three children, William, Mark and Bonnie. Dwaine loved the land and began farming with his father, Leonard in 1972 and continued farming with his family until his death. He and Bev worked hard during the early years with their family and he was very proud to work the land side by side with his family. Dwaine served the Lord in many ways by being on the church board, teaching Sunday School, mentoring many youth and a 4-H Leader. In 2004 Dwaine and Beverly Westrom were named Grant County Farm Family of the Year. His hobbies included gardening, cooking, baking, woodworking, metal fabrication, fixing snowmobiles and buying/fixing/selling bobcats usually on Valentine's Day for Bev. Dwaine was known for being a practical joker and prankster and displayed this, all the way up to the end of this life. He enjoyed camping, and cherished the time spent with his family and grandkids. His strong Christian faith helped him through the battle with ALS, which he struggled with for several years. He is preceded in death by his maternal & paternal grandparents; a brother-in-law, Jerome Nordby and sister-in-law, Bonnie Nash. Dwaine is survived by his redheaded loving wife, Beverly Westrom of Elbow Lake; three children, William (Jenny)Westrom of Evansville, MN, Mark (Mandy-second redhead) Westrom of Barrett, MN and Bonnie (Kyle) Waskosky of Erdahl, MN; parents, Leonard and Shirley Westrom of Elbow Lake; a sister, Joyce (Lee) Jenks; three sisters-in-law, Peggy (John) Avery, Connie (Rodney) Lokhorst and Patti (Dale) Wilts; five grandchildren, Kyra, Lora, Oliver, Casey and Holland along with numerous nieces, nephews, cousins and a host of friends. Memorials are preferred to the family. Visitation: 5PM to 8PM Wednesday, August 3 at Grace Evangelical Free Church Memorial Service: 11AM Thursday, August 4, 2016 at Grace Evangelical Free Church, Elbow Lake Clergy: Reverend Gabriel Norton Burial: Fredens Lund Cemetery Erickson-Smith Funeral Home of Elbow Lake is assisting the family with arrangements.

To order memorial trees or send flowers to the family in memory of Dwaine Westrom, please visit our flower store.