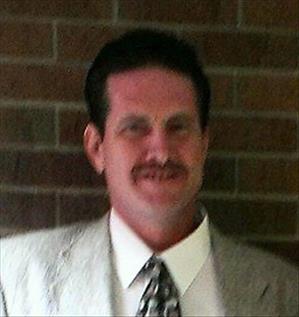 Duane Dahlen, 48, rural Herman, died Tuesday, October 15, 2013. A celebration of his life will be held on Saturday, October 19, from 1-4 pm, at the Erickson-Smith Funeral Home in Elbow Lake. Duane Steven Dahlen, proud father of Michael, Bradlee, Matthew, and Bobbie Sue, and forever partner with Cindy, was born December 17, 1964, in Alexandria, Minnesota, to Donald and Beverly (Thompson) Dahlen. He grew up in Coon Rapids, Minnesota, where he attended school. Duane spent most of his life as a skilled handyman for all of his family and many friends whenever needed. He was a best friend to those who didn't have one. He was an avid historian and gardener. Duane had a great love of music and encouraged his sons Michael, Matt and Brad to, "rock on." And, he was a willing servant to his dogs Jack, Rex and Tito. Those preceding him in death include his father Donald Dahlen, a brother David Dahlen, and his step-father Clifford Parker. He lives on through his wife Cindy; sons Michael, Bradlee, and Matthew and daughter Bobbie Sue; his mother Beverly Parker; siblings Doug (Gina) Dahlen of Herman, Deedee (Todd) Jorgensen of Barrett, Darby (Melissa) Hale of Coon Rapids, Darren (Kandi) Dahlen of Pine City, and Donia (Steve) Engen of Elbow Lake; grandchildren Rylee, Shiloh, Nevaeh; and many loved nieces, nephews, great-nieces and great-nephews.

To order memorial trees or send flowers to the family in memory of Duane Dahlen, please visit our flower store.