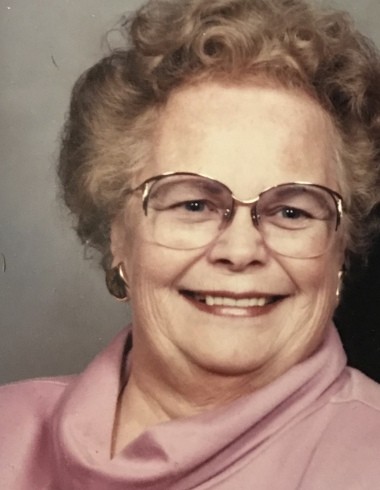 Dorothy Gunhild Schultz was born on April 3, 1934, in Hoffman, Minnesota.  She was baptized and confirmed in the Lincoln Lutheran Church where she was a lifetime member.  Dorothy graduated from Hoffman High School in 1952.

Dorothy and Alfred Schultz were married in the Lincoln Lutheran Church and were the first couple married in the new church.  Following their wedding, they lived in Hoffman for several years before moving to Alexandria.  Dorothy was a homemaker, read the local news on the radio, and served as the church organist for fifty-five years. She was also employed with American Cleaners in Alexandria.  Dorothy enjoyed playing cards, cooking, playing and listening to music. She enjoyed attending Michael’s concerts and activities during his school years.   Along with being church organist, she was active with Lincoln Lutheran Church and Ladies Aid, and was a member of Hoffman American Legion Auxiliary where she had served as President.

She is survived by her grandson, Michael Schultz of Washington, DC and by cousins and friends.  Dorothy was preceded in death by her parents; husband, Alfred on July 15, 1993, and her son, Neal Schultz on June 28, 2014.

Visitation: Wednesday from 5 to 7 PM at Erickson-Smith Funeral Home in Hoffman and one hour prior at the church on Thursday.

To order memorial trees or send flowers to the family in memory of Dorothy Schultz, please visit our flower store.