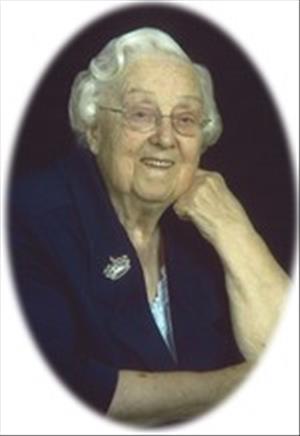 Dorothy Cooper, 87, formerly of Elbow Lake, died Tuesday, January 27, at her home in Diamond Willow Assisted Living in Detroit Lakes. Funeral services will be held at 11:00 am on Saturday, January 31, 2009, at the United Lutheran Church in Elbow Lake with Pastor Bob Toso officiating. Burial will be in the Union Cemetery, Elbow Lake. Friends may call at the Erickson-Smith Funeral Home on Friday from 4-7pm; a prayer service will be conducted at 7pm. Visitation will resume at the church one hour before services on Saturday. Dorothy Elizabeth Pargman Cooper was born May 14, 1921, in Buckley, Illinois, to Frederich and Bernice (Cross) Pargman. She and her family moved to Minnesota when she was only two years old. Dorothy married John Cooper on October 4, 1939. Following their marriage, the couple made their home on a farm just one mile south of where John was born. Forty years later they moved to Elbow Lake. For the past year, Dorothy had been living at Diamond Willows Assisted Living in Detroit Lakes. In addition to farming, Dorothy worked at the Wendell Creamery candling eggs and later worked for the Mendelson Egg Company in Elbow Lake. Dorothy then began a 12-year career at the Grant County Hospital where she started as a nurses aide, then as cook, and becoming the dietary supervisor. Following her retirement, Dorothy began her daycare where she was known as "Grandma Dorothy" for many years to several families in the community. Dorothy's greatest joy in life was her love and devotion to her family. She was very proud of her family and eager to share that fact with her friends and family alike. She enjoyed her many crafts, including ceramics, counted cross stitch, needlepoint, and most recently, painting dishtowels. There was always a fresh supply of baked "goodies" for all of Dorothy's visitors. She is survived by her children Janet (Bill) Lacey of Medina, Texas, Roger (Ruth) Cooper of Barnesville, Shirley (Richard) Perry of Milaca, Sharon (Lyle) Foss of Minnetonka, John (Mollie) Cooper of Salem, Arkansas, and DeAnn (Jimmie) Anderson of Frazee; 26 grandchildren, over 40 great-grandchildren, and nine great-great grandchildren. Other survivors include her sister Marlene Rustad of Tower, brother Harold Pargman of Topeka, Kansas, and sister-in-law Eyona Pargman of California. Dorothy was preceded in death by her parents, her husband John, son Donald, son-in-law Daniel Vukelich, daughter-in-law Georgia Cooper, three great-grandchildren, and two brothers. Arrangements are with the Erickson-Smith Funeral Home in Elbow Lake. On-line condolences at www.ericksonsmithfh.com

Arrangements are with the Erickson-Smith Funeral Home in Elbow Lake. On-line condolences at www.ericksonsmithfh.com
To order memorial trees or send flowers to the family in memory of Dorothy Cooper, please visit our flower store.