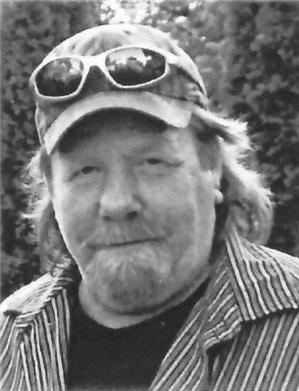 Donny Peterson, age 57, of Hoffman, died Wednesday, June 18, 2014 at the Douglas County Hospital in Alexandria. Donny Verner Peterson was born on May 8, 1957 in Minneapolis to Dave and Jane Peterson. He grew up in Bloomington, Minnesota and graduated in 1975 from Bloomington Jefferson High School. Donny lived most of his life in Bloomington, until 2012, when he moved to Hoffman. Donny was a bricklayer for most of his adult years, he worked for several different companies. His last job was with the St. Paul School System, where he did restoration work. In 2012, at the age of 55, he retired from the Bricklayers Local #1. Donny loved to fish and hunt, if you would ask him he would say "fishing and hunting come first, then work." And then of course he'd laugh!!! He loved his motorcycles too, loved to ride with friends and his nephew Adam. Donny also loved his pets. Through the years he had several dogs; they were like his kids and treated them as such… Donny was preceded in death by his father, David Peterson; grandmother, Alice Mayville; his younger brother, Wesley David and his best bud, Uncle Gary. He is survived by his mother, Jane Morrison and his step-father, Bob Morrison of Shakopee, Minnesota; brother, Ricky (Cindi) of Pine River, Minnesota; one nephew, Adam of Farmington, Minnesota. A memorial service was held Satruday, June 21, 2014 at Erickson-Smith Funeral Home in Hoffman. Condolences: EricksonSmithFH.com
Donny's Memorial Service

To order memorial trees or send flowers to the family in memory of Donny Peterson, please visit our flower store.