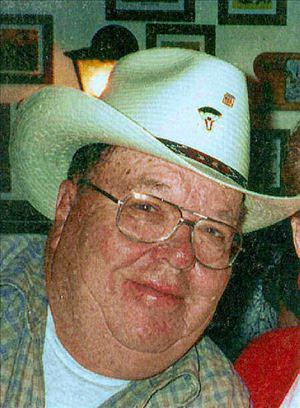 Donald Kenneth Robertson, 78, Kensington, passed away Friday, July 19, 2013, at the Bethany Home in Alexandria. He was born January 25, 1935, on a farm near Bertha, Minnesota, to Kenneth and Anna (Sander) Robertson. He was baptized at the St. Joseph Lutheran Church in Rosholt, South Dakota, attended the Norberg Country School through the eighth grade and graduated from high school at the West Central Agriculture School at Morris in 1953.

Don and Mary Ann Brandenburger were married on September 12, 1956, and the couple dairy farmed near Rosholt, South Dakota. On August 7, 1957, Don was drafted into the U.S. Army where he served as a military policeman. After his honorable discharge on August 7, 1959, he returned to Rosholt to farm until 1972, when they moved to a farm by Kensington where they continued farming. They later moved to Glenwood where Don owned and operated Don's Super Service. Don also worked for a time at the Langmo farm near Litchfield. They eventually returned to Kensington. Don was employed for ten years with Mills Fleet Farm in Alexandria where he worked until his retirement. Don enjoyed the Minnesota Twins and Vikings, his farming, cattle, International and Oliver tractors, and especially horses with many good memories of trail riding with his family. He also enjoyed auto racing and following the races of his son and grandson. He enjoyed watching the Runestone Rockettes, of which Mary was a member. He is survived by his wife Mary; blessed with five children, Debbie (Tim) Moen of Farwell, Karen (James) Braaten of Kensington, Leila (Kevin) Braaten of Hancock, Susie (Curt) Anderson of Glenwood and Tony Robertson of Watkins; nine grandchildren, Andy (Meagan) Moen, David (Lisa) Moen, Darrin (Maria) Braaten, Joanna Braaten, Alan Braaten, Megan (Jon) Dove, Nickolas Braaten, Cole Anderson and Joey (Abby) Robertson; six great-grandchildren, Austin, Bayleann, Zoey, Brittany and Taylor Moen and Dylan Braaten; bonus brothers and sisters David and Tom Rollens, Kathy Jackobson and Shirley Olsen; and by numerous other relatives and friends. He was preceded in death by his parents Anna and Kenneth and step-mother Evie Robertson; one brother, Ed Milbrandt, and one sister, Delores Johnson, and by two infant grandchildren, Angel Braaten and Baby Anderson. Funeral Mass: 11 am Wednesday, July 24, 2013 at Our Lady of the Runestone Catholic Church in Kensington Visitation: Tuesday from 4 to 7 pm with a Prayer Service at 5:30 pm at the Erickson-Smith Funeral Home in Hoffman; one hour prior to service at church Clergy: Fr. Roger Thoennes Interment: Our Lady of the Runestone Catholic Cemetery in Kensington

Prayer Service at 5:30pm; visitation resumes at church one hour prior to service

11:00 AM
Our Lady of the Runestone Catholic Church

Our Lady of the Runestone Catholic Cemetery

To order memorial trees or send flowers to the family in memory of Donald Robertson, please visit our flower store.