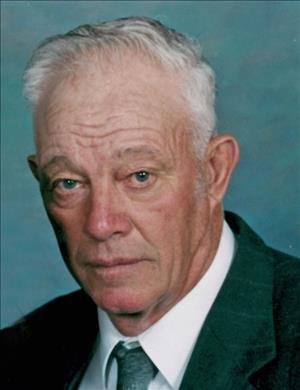 Donald Raymond Kruize was born on August 16, 1930 in Nobles County, MN, the son of Eppo and Freada (Buss) Kruize. He attended country school near Ellsworth, MN, until the age of 12, when he moved with his family to Elbow Lake. Following the death of his father, Donald, at the age of 16, had to take over the family farm.

On December 12, 1964, Don married Marlys Bjugan at First Lutheran Church in Elbow Lake, and they were blessed with three children.

From 1946 to 1995, Don farmed and milked dairy cows, continuing with a herd of beef cattle until the time of his retirement. In his spare time, Don enjoyed gardening, fishing, and attending auctions. Most important to Don was time spent with his family, especially his grandchildren.

Don was a member of United Lutheran Church, where he served as trustee and Tribe leader; and he was active with 4-H.

In addition to his parents, Don was preceded in death by two sisters, Alvina (Fred) Woltjer and Darlene (Orvin) Rosin; a son-in-law, Mark Uhlenkamp; and brothers-in-law, Bill Woltjer and Gordon (Janet) Bjugan.

Visitation: 5 – 7 PM Wednesday, at United Lutheran Church in Elbow Lake and one hour prior to services at the church To order memorial trees or send flowers to the family in memory of Donald Kruize, please visit our flower store.